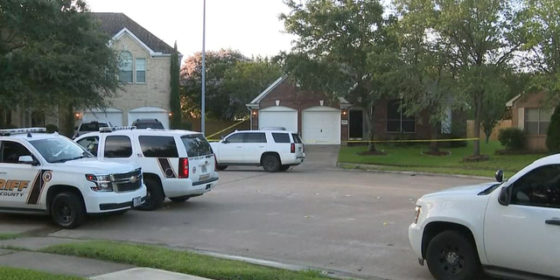 RICHMOND, TEXAS — A family was targeted in a home invasion because the father owned a business, detectives believe. When three armed and masked men broke down the door of the home around 3 am, the family had no idea how far these criminals were willing to go in order to find valuables.

After the door was busted open, the intruders attacked the father and threatened him with a gun. Then, they targeted their 7-year-old child.

In their attempt to force the family to give up the location of valuables, the masked trio held the 7-year-old boy in a tub that they had filled with hot water.

The Fort Bend County Sheriff’s Office says the child and his father were hurt in the attack before dawn Monday in Richmond.

Sheriff Troy Nehls says the boy, whose name wasn’t released, was treated for burns and fluid in his lungs but should recover. The father suffered head injuries.

Authorities say the armed men stole money, jewelry and the family’s cellphones. The victims went to a nearby 24-hour emergency care clinic and summoned help.

It’s terrible to hear of stories such as these, and even worse when a child is intentionally injured. It’s a sickening thing to read, and we can only hope that these animals are caught by police.

Let this serve as a reminder to the ever-lingering danger that’s out there. Whether it’s noon or 3 o’clock in the morning, we should have our firearms close by and ready to help us defend. There is no telling what would have happened if someone inside the home were also armed, but it would have leveled the playing field.