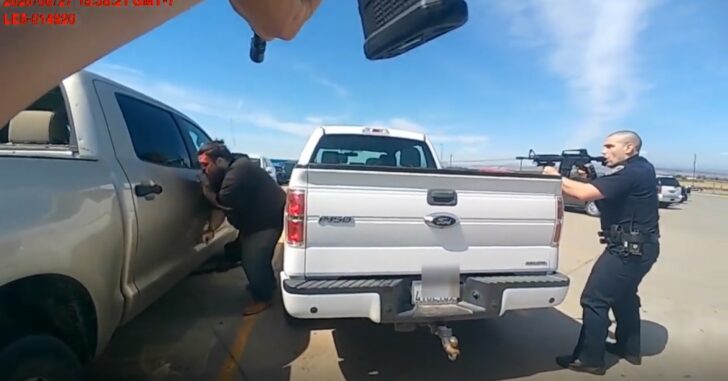 On June 27th, an ex-employee of a Walmart Distribution Center in Red Bluff, California went on a shooting rampage that killed one person and injured four others.

Now, police have released the badge cam from the officer who ultimately took down the gunman, showing the exchange of gunfire and accuracy of the officer.

The suspect, who we will not name here, was taken to the hospital but later died from his injuries.

The video below is graphic and contains strong language.

Penetration matters. The shots that stopped and took down the suspect were taken through a truck, with at least one hitting it’s intended mark. We can’t say for sure how many layers of vehicle the bullet(s) needed to travel, but the outcome could have been much different if the officer first needed to have an unobstructed line of fire before pulling the trigger.

Previous article: [VIDEO] Concealed Carrier Does Everything Right During Traffic Stop, Is Handcuffed And Vehicle Searched Next article: BREAKING: 3 Arrested In FL Fishing Trip Triple Homicide, One Suspect Has Over 200 Felony Arrests