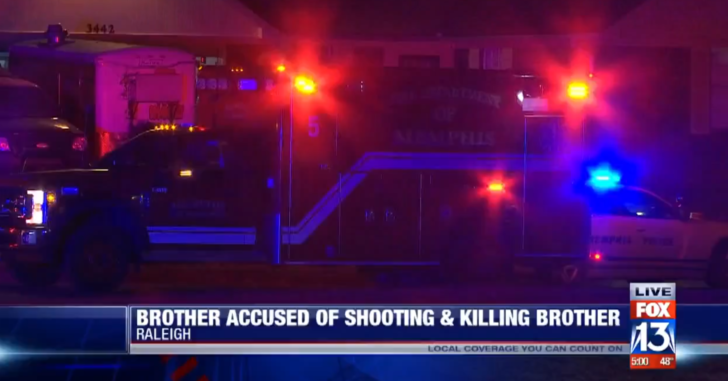 MEMPHIS, TENNESSEE — It is not uncommon for siblings to fight, sometimes with arguments even leading to blows. Rarely, however, do you hear about siblings killing one another. It is truly a tragedy for an entire family when something like this does happen.

According to police, 49-yr-old Dorsey Holifield was found with a gunshot wound and was pronounced dead at the scene.

Police said his own brother shot him multiple times inside their mother’s home. Investigators on the scene said the mother of the two men happened to be in the home at the time of shooting but did not mention if she is involved.

Investigators found that this incident stemmed from a domestic violence situation involving family members. All evidence was presented to the District Attorney General’s office and it was determined that no charges will be filed.

The report goes on to say that the when police arrived, the brother who did the shooting was so emotionally distraught over what happened, that he needed medical attention. Neighbors in the area said the brothers have a history of fighting, but couldn’t believe it came down to this.

After reviewing all the evidence and testimony from family members who where in the house, the police have decided not to charge the surviving brother. The incident has been deemed an act of self defense.

Unfortunately, the article does not give any indication as to what led to the argument which led to the shooting. If the police have determined this was self defense, we have to assume the surviving brother was in mortal danger and needed to use his firearm to end the threat.

If you have a sibling that you often argue and fight with, keep this story tucked in the back of your mind next time you get into with them. Try not to ever let it escalate to something like this, the damage this has caused on the family truly can never be undone.