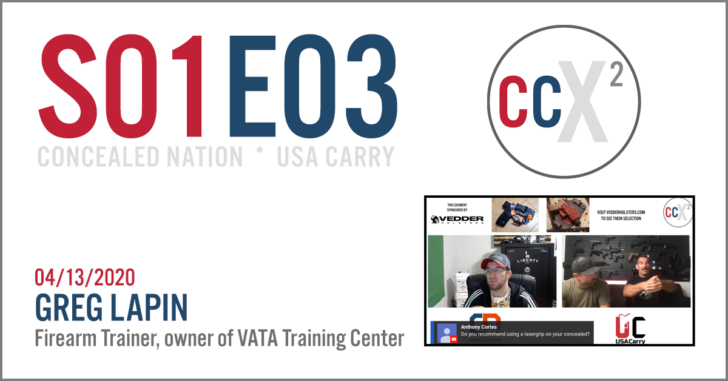 We’re spending some time today with Greg Lapin, and you can read his bio below to get a scope of what his life has been like;

Greg spent eight years as a Louisiana Law Enforcement Officer with the majority of his time in Special Investigation and Narcotics units. He went on to work for Triple Canopy conducting high threat protection for the Department of State in conflict zones. Greg was then recruited for a Department of Defense program in which he also worked in conflict zones while deployed. He has conducted various missions for both government and non-government clients around the globe. Greg has been instructing for several years for certain government clients and is also an avid USPSA competitive shooter.

The live video can we viewed below:

Previous article: Woman Takes Headshot On Intruder Who Had Choked Her Fiancé Unconscious During Home Invasion Next article: The Best Home Defense Pistol Of All Time Is...