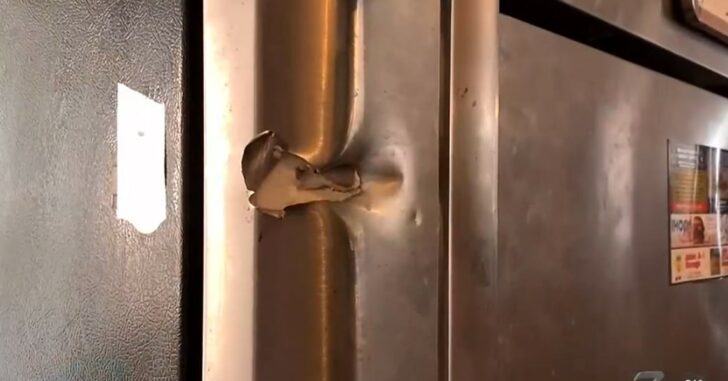 MIDLAND, TEXAS — Gunner Duffy shot and killed an armed intruder who entered his home, saving himself as well as two others who were there.

Duffy was playing cards with his roommate at the time of the invasion, and his girlfriend was in the bedroom. They heard the door open, signaled by an alarm. That’s when 26-year-old Ian Ramirez burst into the home with a gun and started making demands.

In a video interview, Duffy told reporters what had happened that day.

“I ran to my room and grabbed my rifle,” said Duffy.

Duffy added, “He had blue gloves on and a surgical mask, and he pointed at me and said you’re going to come with me. He was very matter-of-fact and very determined–it was stressful, it was scary.”

Duffy didn’t back down, and knew he needed to act if he was going to survive the encounter.

“I grabbed my rifle, and I was standing right here,” said Duffy. “I yelled get out, and when he walked in, he raised his gun to me like this and to shoot me, and I shot him twice. I believe I put the first shot through his lungs, and the second shot somewhere through his chest.”

Duffy was shot in the lower leg. No other residents were shot.

Ramirez didn’t survive the encounter that he had initiated.

You can watch the full interview here.