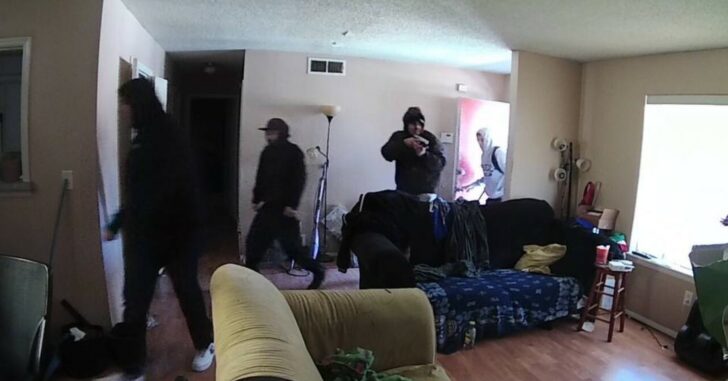 TULSA, OKLAHOMA — Imagine being at home when 8 men, some armed with guns, come through the front door. While the news article doesn’t mention that anyone was home at the time, we’ve seen multiple armed intruders go into homes when people were there.

Because of an alert neighbor who wrote down the license plate number, 3 of the intruders were captured. That means another 5 are still on the loose, but hopefully they’ll be caught at some point.

Previous article: Home Invader Kicks In Back Door, Is Fatally Shot Seconds Later Next article: Are You As Prepared For Coronavirus As You Are A Self-defensive Situation?