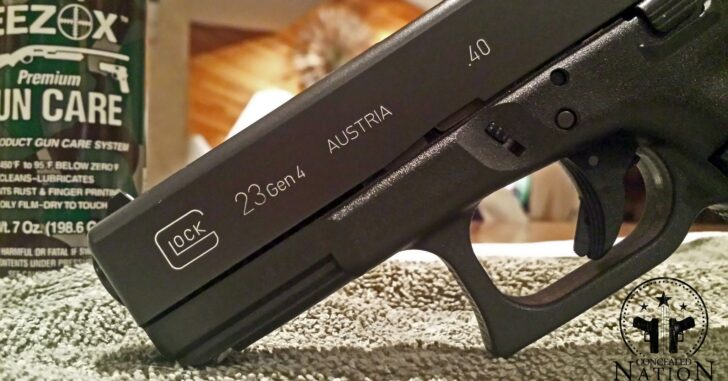 I am a handgunner first, a shooter second. That may sound odd. A big part of what I do is shooting. But I don’t consider myself a shooter. To me a shooter is a guy who does some plinking with his precision rifle this weekend, maybe does some trap or skeet next weekend, maybe does some 3-gun competition if more serious, etc… I am not that guy. I shoot the handgun. I live the handgun. I occasionally shoot my rifle, but not until after I crank out my mandatory training quota with my handgun. I do some competition, but only games that involve the handgun. I am a handgunner. I like my rifle, but I adore my handgun. Here’s why:

The handgun is my daily companion that gives me “teeth” in my daily life. It is the weapon that makes me a tiger in sheep’s clothing. It does not make me the wolf that is a predator on the innocent sheep. It makes me the sheep that can instantly morph into a tiger when the wolf comes knocking. That is why the handgun is “the gun.” Most of us would agree that, if we knew we were going into a fight, we would rather have a long gun. No argument here. However, when do civilians ever know the fight is coming? If I knew when it was coming I would simply not be there in the first place. This is why the handgun is “the gun.”

The rifle is the tool that keeps you free, as the Second Amendment intended. After all, why do you think the left so desperately want to ban certain rifles when they are actually used less in homicides each year than are blunt instruments or bare hands and feet? The rifle is very important. However, the handgun is the tool that you can carry now in our “civilized” world to prevent others from imposing their will on you without your consent. When you carry a handgun you are a free man or woman. When the state prevents you from carrying you are not a citizen, but a subject. The greatest “war on women” in this country is imposed by the politicians in some states that ensure the average woman cannot carry a handgun to defend herself, leaving her vulnerable to any criminal that decides to impose his will on her.

The female that carries a handgun and trains to competence with it is not just equal, she is superior to any that would come looking to do her harm. The elderly, the disabled, the frail, if armed with a handgun and trained in its use are superior combatants than any young and strong miscreant. This is why the handgun is “the gun.” A lone female or elderly person who is unarmed stands no chance against even a single hostile strong man, yet alone several. Yet, if armed with a handgun and willing to use it, what would otherwise be a brutal assault on a helpless victim becomes several thugs laying in their own blood. This is why the handgun is “the gun.” The rifle at home in the safe is not at hand for such circumstances.

Yes, I know that many would prefer that the woman is raped or the old person beaten rather than the poor, misunderstood, victim of society and circumstance thug be hurt. The people who want all to be dependent strictly on the State for all things including safety despise the handgun. Those that do not hold criminals accountable for their own actions and who believe that no person is responsible for their own life choices despise the handgun. But we in this community blame crime on the criminal and applaud those willing to take responsibility for their own safety. We believe in the carry of the handgun. It is the modern sword and a free citizen carries one.

There are other benefits to being a handgunner rather than a shooter. The prioritization of the handgun ensures that your training hours are spend with the weapon that you will actually use to defend yourself. The majority of defensive gun uses, even in the home, are accomplished with the handgun. I always laugh when someone quotes the well-known adage: “a handgun is meant for fighting your way to your rifle” or some such thing. That saying has some merit, if things go bad it is nice to have the more capable long gun. However, when you are on the road 20 miles from home and things go bad, will you ask for a time out and go get your rifle to come back? Trouble happens fast and when it does happen you will never make it to the rifle, even if it is in the trunk of your car. You will fight with the handgun that you are wearing.

Taking another tactical carbine class? I have no issue with that, I think all Americans should be riflemen. The problem, though, is most in such classes are still not squared away with their handgun skills. Rifles are easier to shoot with competence than is the handgun and for new shooters it is a more enjoyable experience. But the handgun is the weapon that will actually be used to save your life and the life of other innocents. Yes, tricked out AR15s and all the other tactical gear that goes along with them is very cool. I think all free men should have that stuff. But the reality is the mundane little handgun that you tuck into your inside-the-pants holster is the gun that you will fight with if the worst comes to pass. The handgun is “the gun.”

Dedicated handgunners have a significant advantage in transitioning to long gun platforms. The fundamentals of shooting are more difficult to execute on the reduced platform of the handgun. Therefore, we find consistently that a handgunner can very easily transition to the rifle with relatively little crossover training. The opposite is not true. A dedicated rifle shooter needs significant cross-over training to run a handgun with proficiency. This is an added benefit of prioritizing training on the handgun and another reason that I think civilians should be doing the majority of their training with the handgun. It is the weapon most likely to be used defensively and it lends itself to crossing over to a long gun well. It is “the gun.”

So, in closing, I make no apologies for being the consummate handgunner. It is the greatest weapon of personal protection man has ever devised. It gives you a chance against even the most staggering of odds. A good handgunner can prevail in the face of great adversity if mindset, skills, and tactics are honed, and the tool is present. Carry your handgun. Be a citizen and not a subject. We live in bad times in which evil of many forms has declared war on the innocent citizens of our great land. The pistol is your sword. Carry it and train with it.

Previous article: Road Rage Incident Leads To Man Pulling Gun On Driver Who Ran Down His Friend Next article: 70-Year-Old Store Owner Shoots Robbery Suspects, Killing One; Not As Soft A Target As The Robbers Had Hoped