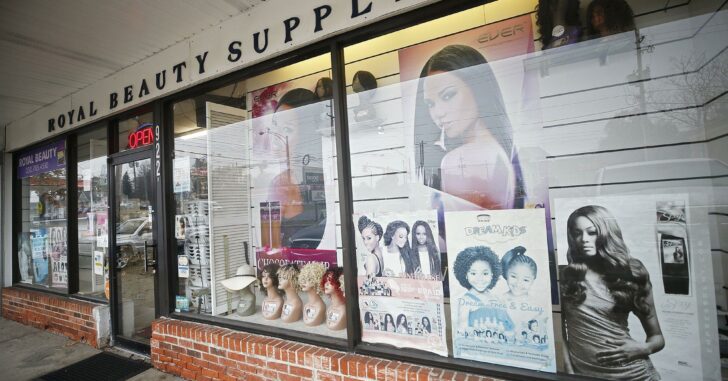 When we think of armed clerks, we often consider certain types of locations. Pawn shops, jewelry stores, convenience stores and gas stations which are opened late. This armed clerk, however, works the counter at a beauty store.

Two employees were working at the time, and a 26-year-old clerk drew his gun and fired. The shot killed one of the suspects, according to WJW. Officers say the second attempted robber ran from the scene.

As it turns out, the store clerk who fired in self defense is actually the store owner’s son. In addition to the son being there, so was the store owners wife (and mom of the clerk). When the armed men burst into the store, the good son jumped in front of his mom to shield her. He then instantly opened fire.

The clerk killed the first armed robber, while the other ran off. Police retrieved the firearm from the dead robber and found that it was loaded; it was no prop. Obviously, dad is proud of what his son had done, protecting both the store and mom.

The entire situation was recorded by the store’s cameras. Police do not expect to press any charges against the armed clerk, as clearly this was an act of self defense.