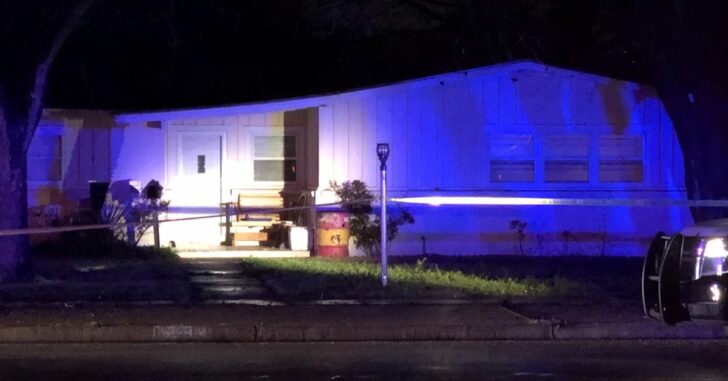 LUBBOCK, TEXAS — They say that a gun is the great equalizer. Short or tall, old or young, man or woman. These differences are equalized when one has a gun and knows how to use it. Our senior citizen in Texas proved that when a young man illegally entered his home late at night.

The initial investigation indicates a suspect, 41-year-old Emmanuel Garcia, broke into a residence on 43rd Street when the homeowner, 69-year-old Joe Urbanovsky, shot the suspect, according to police officials.

Garcia left the scene on a bicycle and stopped in the 3200 block of 47th Street. Garcia was taken to Covenant Medical Center where he was pronounced deceased.

­This case remains under investigation by the Metropolitan Special Crimes Unit.

It’s just before midnight, our senior citizen home owner is most likely resting or asleep. The noise of someone trying to get into the house stirs him. He grabs his firearm and investigates. To his surprise he finds 41-year-old Garcia inside his home. Garcia is 28 years his junior. Our homeowner probably realizes if it comes to a melee, Garcia is going to have the advantage. Our senior citizen homeowner fires his gun, striking Garcia.

Garcia flees the house, and manages to get onto his bicycle. He rides it for as far as he can go before collapsing. He was found and taken to the hospital to treat his wounds. Unfortunately for him, the wounds he sustained were fatal and he succumbs to them.

Not to speak ill of the dead, but Garcia, you shouldn’t depend on a bicycle as your getaway vehicle! In this particular case, it’s possible if he had a car he could have made it to the hospital in time and lived. The bottom line is he shouldn’t be breaking into homes period. A life of crime is dangerous, and Garcia sadly paid the ultimate price for his choices.

Kudos to our unnamed senior citizen homeowner. He decided to keep a firearm in his home, and was prepared to use it. At 69 years of age, things aren’t as easy as they used to be. Calling 911 and sheltering in place would have been a reasonable response for him. Thankfully, he was primed and ready to be more than a victim in waiting.

Not hesitating in these kinds of situations is crucial. Most people never want to have to shoot someone. Sometimes that hesitation to pull the trigger could mean life or death for the one holding the gun. Our homeowner may be a senior, but he isn’t ready to call it a day just yet. He stood up for himself and put down someone looking to do him harm.

Previous article: Would You Loan A Gun To A Friend During A Pandemic? Next article: The Biggest Thing That Coronavirus Has Taught Us: Americans Are Not Prepared