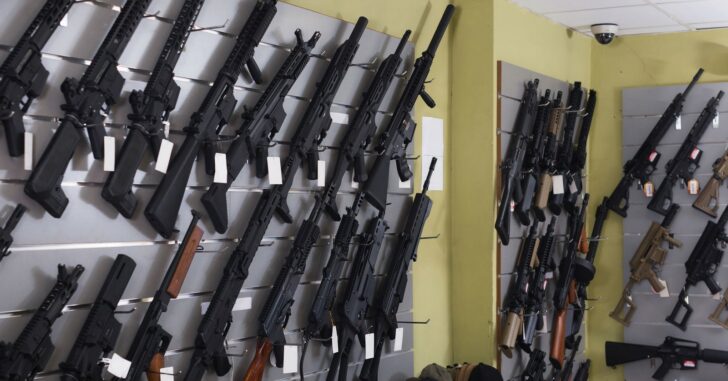 This pandemic is creating all sorts of problems for many people, but one of the problems is not the lack of purchases made for guns and ammo. The gun industry is seeing record sales across the board, and it’s really only the beginning.

One of those seeing the increased volume, Omaha Outdoors, recently posted about the requests that they’re receiving; most notably from states like California. While I’m not saying that all residents of California are anti-gun, the gun community is seeing it’s fair share of typically anti-gun people looking to arm themselves in the face of potential chaos caused by food and water shortages that could be on the horizon.

But the process of obtaining a gun is a lot harder than some of them realized.

It’s a crazy time we’re in, as not many living people have seen the chaos that this virus is causing in their lifetime. It’s new territory for most, frightening for some, and those who feel ill-prepared are realizing that no one is going to come to save them.

And when that thought reaches the brain, many start to make purchases. Or try to.

With the increase in sales, shortages are surly right around the corner. We’ve been having trouble finding certain ammo in stock at many of the major retail chains, and while the shipments are still coming in, a slowdown will eventually happen.

And my friends who work at other gun stores have seen a crazy surge in gun buying too, with one noting that their one-day sales total exceeded Black Friday by 25%, and that 75% of buyers were purchasing their first gun. He said, in explanation, “People need to protect their toilet paper.” Another friend noted that the amount of brass cased 9mm they usually sell in a month was gone in the first week, and that everything else would be sold out soon too if things continued at this pace.

If you have friends who fit into this category, it’s a good idea to talk with them about gun ownership, safe firearm handling, and what to expect as a new gun owner. It’ll help increase our numbers for sure, and will also help to create law-abiding, and safe, new gun owners.