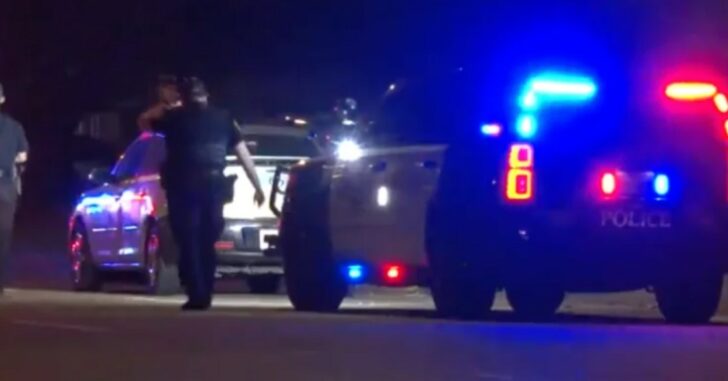 FORT WORTH, TEXAS — A total of 6 people were shot during an apparent shootout on the highway. Police were called shortly after 10 pm local time about the shooting, which was apparently between two vehicles traveling down the highway.

Two people, unrelated to the two vehicles, were shot by stray bullets. The first was a woman in a vehicle, and the other was a man in his house on the service road.

Police believe that the shooting was gang-related.

The person who was shot inside his house did not want to comment on camera but said that he was doing well Saturday morning. He was in his living room when he was shot in the arm, he said.

His next door neighbor Craig Murphy was also home at the time.

“It’s shocking. You think you’re safe in your own home and you think you got a good neighborhood that you live in, and not always the case,” Murphy said. “I found bullet holes in my house. I got a couple of bullets in my house, going into my garage.”

Gang-related or not, it’s never a good position to take to think that you’re immune to things like this, because they could very well be passing you on the highway.

The deceased man was identified as 19-year-old Dominick Dijuan Primes.

No suspects have been taken into custody.

Previous article: Tennessee Becomes The Latest Constitutional Carry State, Law Goes Into Effect July 1st Next article: It's Tough To Always Be On Guard, But Some Attacks Happen Quickly