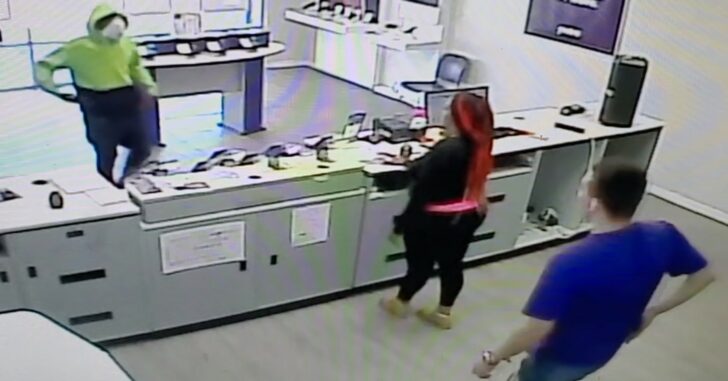 This one has it all. Quick response, situational awareness, malfunction clearing, successful defense.

Two employees were at a mobile phone store when an armed man with his face covered came in to try and score some cash and goods.

One of the employees was armed, and had his hand on his gun even before the bad guy displayed his. That’s situational awareness, as he had a gut feeling that this guy was up to no good.

In total, the armed robber fired six shots and the armed employee fired five. Luckily, each of the robber’s shots missed.

During the self-defensive shooting, the armed employee experienced a malfunction with his firearm. He was able to quickly clear it under stress and get himself back in the fight.

You’ll want to watch this video.

John from ASP also had an interview with the armed employee, which provides even more details about the events that unfolded. You can watch that interview below.

Previous article: Man Fights Way Out Of Deadly Ambush Set By Ex-Wife And Her New Husband Next article: NY Politician Wants You To Microstamp Your Ammo And Get Rid Of Old Ammo By 2022