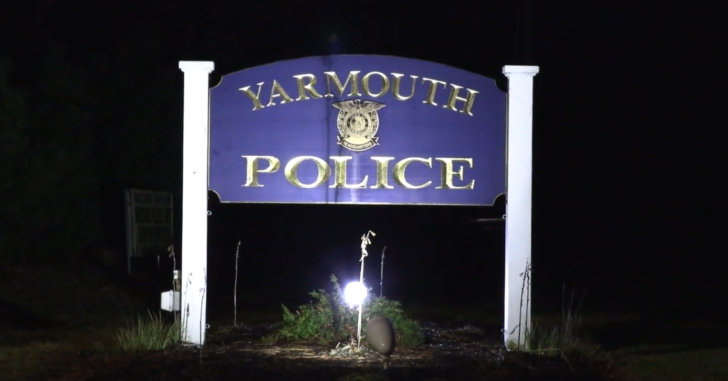 YARMOUTH, MASSACHUSETTS — Some people can handle their liquor, while others seem to do stupid things when they’re drunk. The man in this articles seems to fall into the later category. Getting drunk and breaking into a police officers home is never a good idea.

Investigating officers determined that the individual was heavily intoxicated and disoriented. Officers at the scene were able to make contact with the individual’s family and he was escorted home and turned over to the care of his father. No charges will be filed as a result of the incident.

Fortunately, in this mans intoxication follies, he stumbled across the home of a professional. Had this not been the home of a trained police officer, he may have been shot. When the dog alerts an armed homeowner someone is at the backdoor trying to get in, this presents a real sense of danger. Finding a person at your back door trying to gain entrance could easily have led to someone taking a shot at the intruder out of fear for their own life.

The police officer, however, remained calm and held the man at gun point. She called the police to come and handle the unfolding situation. When police arrived, they determined that the man was not trying to do anything nefarious, but rather, he was simply drunk.

It seems as though the man went to the wrong house and tried to gain entry, not knowing where he was. Eventually, the police were able to identify the man, and they called his dad to come pick him up. In the end, no one was injured and everyone got to go back to sleep in their own beds that night.

Hopefully when the man dries out he will consider offering an apology to officer since they live in the same neighborhood. While he is at it, he should also thank the officer for her poise and restraint.