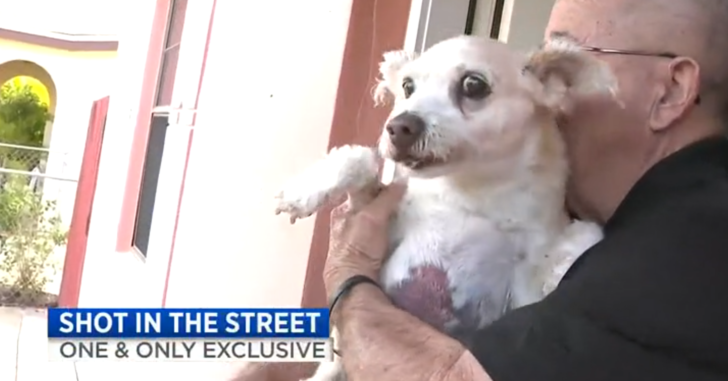 MIAMI, FLORIDA — Definitely not a story we hear about too often. Although there are numerous stories of people shooting dogs in self defense, rarely does that include shooting the dog’s owner as well.

Manuel Alen was walking his Jack Russel mix, Little Paco, on the same familiar path they’ve taken for the last 11 years when a large black lab named Claire attacked the dog out of nowhere.

“Before I could even react, (the dog) grabbed him by the belly and was shaking him like a rag doll,” Manuel said.

Manuel, who carries his permitted firearm for self-defense, pulled out his gun and shot the black lab.

“He was killing my dog,” Manuel said.

Valeria Rodriguez, Claire’s owner, reacted by barreling toward Alen, he said. “She came at me and I was fearing, because it was not just her,” Alen said. “There was a lot of people there.”

Alen fired his gun again, striking Rodriguez in her abdomen. “Really, really sorry I shot that lady,” Alen said. “I was shocked when I pulled that trigger because (I’ve) never done that in my life.”

I am not sure I can fault Alen for doing what he did. As a dog owner myself who cares deeply about my dogs, I would do anything to protect them as well. If another strange animal came out of nowhere and was tearing into one of my dogs, you bet it I would take action.

You also have to consider Alen’s age. The man is 74 years old and is in no position to be wrestling a large black lab. He used his firearm to protect his dog’s life against a much larger, aggressive dog. Now as far as shooting the dog’s owner, that is another matter altogether.

Alen claims Rodriguez charged at him in a threatening manner and feared for his life. If this were the truth, then again, I support what Alen had to do. However, the story from Rodriguez is very different. She accepts the fact that her dog got loose and attacked Alen’s dog. However, she claims no one charged at Alen.

Alen and Rodriguez are neighbors which makes this incident all that more awkward. The good news is that no one died from this incident. Both the dog and Rodriguez survived the shooting. Alen, however, has been arrested on a charge of aggravated battery with a deadly weapon.

What do you think? Was Alen in the right or would you have done things differently?