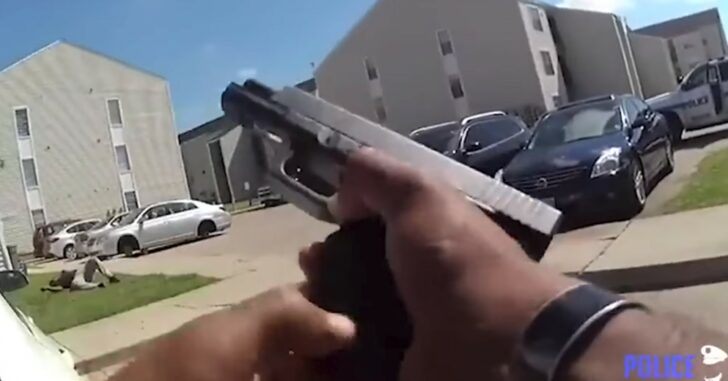 If you don’t know how to recognize and clear the different types of handgun malfunctions that you can come across, head on over to this article to get the rundown.

For the first time that we’ve seen, as well as John from ASP, a double feed malfunction was caught on a police body cam during a gun battle with a suspect.

He also wasn’t successful in giving himself cover or concealment while recovering from the malfunction, which could have turned a bad situation worse.