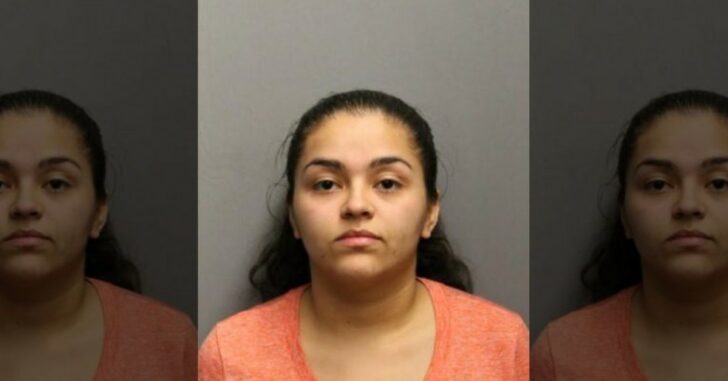 CHICAGO, ILLINOIS — There’s a saying among some gun owners that we’ve heard for a long time; “It’s better to be judged by 12 than carried by 6,” meaning this; It’s better to have your day in court and have a jury of your peers decide if you’re innocent or guilty than to die at the hands of a criminal because you weren’t able to defend yourself.

Of all the stories that we’ve covered over the years, this one is the closest relevance to the above saying.

The 21-year-old woman had met up with a person to conduct a sale of a Husky dog. The person she met up with was a 14-year-old girl and another girl, one of which was armed with what would later be found to be a pellet gun.

The 21-year-old is a valid FOID card holder, but does not possess a license to carry concealed. Basically, in Illinois, the FOID card allows for the purchase and ownership of the handgun, but does not allow for that handgun to be carried.

That’s when the 14-year-old pulled out a pellet gun, struck Diaz on the head with it and tried to take the woman’s property without paying for it, according to police, who didn’t say what was for sale.

Diaz then pulled out her gun and shot the girl in the chest and abdomen.

The girl went to the hospital for treatment and was later arrested.

Police found Diaz at her home, asked her some questions and ultimately arrested her for aggravated unlawful use of a weapon. She went before a judge on Sunday and her bail was set at $5,000.

After setting up the sale over Facebook, Diaz met the teen and another girl Friday evening in the 2300 block of South Drake Avenue, Gardner told Judge Arthur Wesley Willis.

Diaz then handed the dog to the other girl and explained that it would cost $800, Gardner said. When Diaz asked for either the cash or the dog back, the 14-year-old said she also wanted to take a look.

As the other girl left the area, the 14-year-old pulled out an “unknown metal object,” ordered Diaz to the ground and struck her twice in the head and face, Gardner said. Diaz then pulled out a Glock 9mm and shot the girl in the chest and abdomen before driving off in her Cadillac ATS.

That’s the biggest thing I see against Diaz. The fact that she fled the scene and seemingly did not call police is not a good look for a defensive shooting, but it does happen when people are stuck in a similar situation of not having a concealed carry permit.

In a permitless carry state, which are now a reality for many, Diaz would likely not be facing any charges at all.

We’ll have to keep an eye on this one. What’s your take?

Previous article: These Criminals Are Bad People, Reminding Us Of How Little They Care Next article: 2 Shot And Killed By US Sailor At Pearl Harbor Naval Shipyard