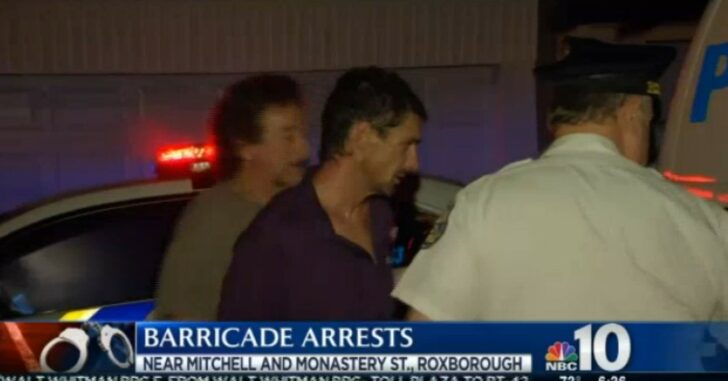 PHILADELPHIA, PENNSYLVANIA — Two men walking down the street were approached by a man carrying a rifle who had just come out of a house. The man said to them, “You know what time it is” and then starts shooting at them.

One of the suspect’s intended victims was carrying a concealed firearm.

That man drew his legally carried firearm and started firing back at the suspect, sending him back into the house and barricading himself.

Police arrived to the scene and after a brief standoff with the suspect, he was taken into custody.

No one was hit with any of the exchanged rounds.

More guns saving lives, more crazies off the street. You never know where danger will be lurking, and your firearm could be the best tool you will ever add to your daily attire.

Thinking about leaving your firearm home because you’re just going for a short walk? Don’t. Carry, and carry always.