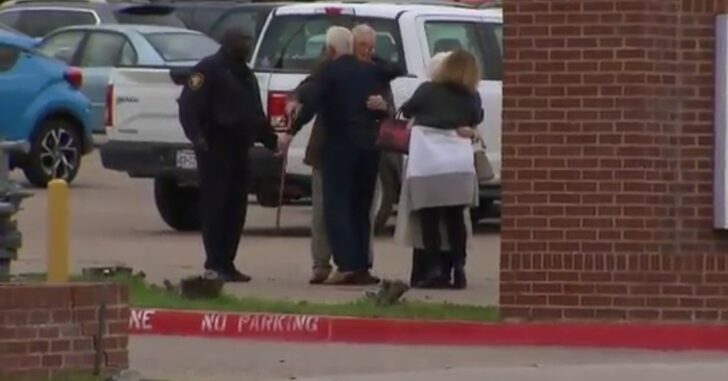 UPDATE @ 03:35 pm EST
Video has been released that shows the moments before and after the shooting. We have made the decision to share the video, because there is much to learn from it in the coming days.

UPDATE @ 03:08 pm EST
The person who shot the suspect is being identified as a former FBI agent, as well as a member of the church security team.

TARRANT COUNTY, TEXAS — A mass shooting was thwarted today inside West Freeway Church of Christ, which is located west of Fort Worth. Police say that around 10 am local time, a man opened fire inside the church with a shotgun during communion.

Reports say that once the shooting began, an armed parishioner drew his firearm and shot the suspect, killing him.

2 people are dead and another was injured. Police say the suspect is among the deceased.

Texas Governor Greg Abbott has released a statement in regard to the shooting.

“Our hearts go out to the victims and families of those killed in the evil act of violence that occurred at the West Freeway Church of Christ. Places of worship are meant to be sacred, and I am grateful for the church members who acted quickly to take down the shooter and help prevent further loss of life.”

Certain politicians were quick to speak up for gun control, even after failing to realize the importance of the armed resistance that this suspect was faced with.

Thank God for the other churchgoers who returned fire and killed the gunman. Another one of the countless examples of a good guy with a gun stopping a bad guy with a gun.

This is a developing story. Check back here for updates.