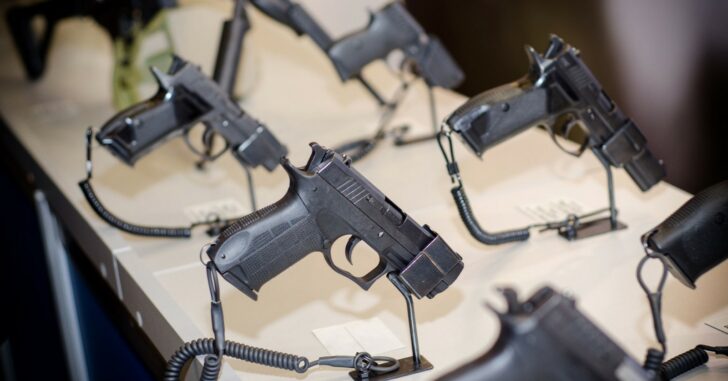 The Citizens Committee for the Right to Keep and Bear Arms cautioned law enforcement agencies that the coronavirus emergency should not be an excuse to suspend the process required for the issuance or renewal of concealed carry permits or licenses by any law enforcement agency.

“We understand and sympathize with police and sheriff’s departments in the current COVID-19 situation,” he continued, “but there are ways to reduce the risk of disease transmission, such as wearing latex gloves and face masks, and washing your hands. You can even spray disinfectant on an application form if necessary.

New Orleans mayor announces plans to block sales and TRANSPORTING of guns and alcohol. Checking the LA laws, she *might* have authority to stop sales. No way does she have authority to block transport. That would cancel open and concealed carry. pic.twitter.com/e8W5830k6E

“Anyone who is unable to renew his or her carry license should automatically have the expiration date extended,” he suggested. “No person who is prevented from applying for a permit should be arrested or prosecuted for exercising his or her right to bear arms for personal protection.

“Concerns about spreading this virus should not be used as an excuse by any municipality to prohibit law-abiding citizens to carry their legally-licensed firearms outside the home or place of business,” Gottlieb stated. “It especially should not be used to prohibit sales of guns and ammunition. We’re aware of at least one Illinois city, Champaign, where such a prohibition could be part of a local emergency plan, and we’re keeping an eye on that situation.

With more than 650,000 members and supporters nationwide, the Citizens Committee for the Right to Keep and Bear Arms (www.ccrkba.org) is one of the nation’s premier gun rights organizations. As a non-profit organization, the Citizens Committee is dedicated to preserving firearms freedoms through active lobbying of elected officials and facilitating grass-roots organization of gun rights activists in local communities throughout the United States.