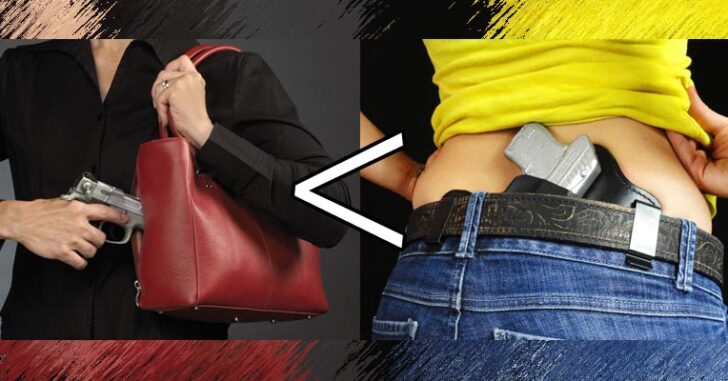 PEORIA, ILLINOIS — Let’s face the fact that not every law-abiding citizen is cut out to be a gun owner. It comes with a responsibility that should take top priority, especially when that firearm is being carried with you.

A woman with an Illinois concealed carry permit went out to lunch one day with her purse and firearm, and she left the restaurant a little lighter.

The woman told police she went to Flat Top Grill, 5201 W. War Memorial Drive, for lunch on Tuesday and forgot her purse when she left mid-afternoon, according to a Peoria police report. The purse contained a loaded 9 mm semiautomatic pistol, for which she had a valid license to carry concealed.

The woman told police she realized that she’d left the gun and purse later in the evening, after the restaurant had closed for the day. She called the restaurant Wednesday morning and was told her purse had been found and she could retrieve it that day.

When the woman went back to the restaurant to claim her purse, an unsettling realization came to light; her firearm was missing.

As a gun owner and concealed carrier, it is our responsibility to know where our firearm is at all times, and to be in control of that firearm while we are carrying it. Off-body carry is a tricky subject, and this incident highlights the importance of two things:

First, the best option is to always carry your firearm on your person.

Second, bring your brain with you while you are carrying your firearm.

As much as I don’t want to rip a fellow concealed carrier a new one, the responsibility falls on this woman and her alone. Who knows where her firearm is at this moment. That’s an unsettling feeling that I never want to have myself.

But I won’t, because I’m a responsible carrier.