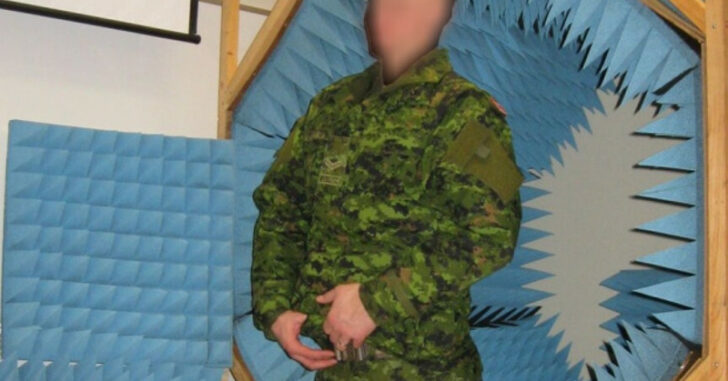 Man-portable concealed carry detection devices are being designed by a team of Canadian and Ukrainian scientists for a recently funded U.N. project.  The goal is to interrogate potential threats for firearms and other concealed weapons on a person without their permission.  The CBC reported on the developments known as radar detection technology.

In a three-year project that launches this month, Natalia Nikolova, an electrical and computer engineering professor, will be working with researchers from Canada and Ukraine to design devices that use radar signals to analyze the materials carried by a person.

Previous prototypes of man-portable radar detection devices have only had a range of around 10 feet (3 meters).  The U.N.’s goal is to develop a system that can detect a concealed firearm or weapon on a person from 50 feet away (15 meters).

The team of scientists assigned to this project are slated to begin next month.  The project is expected to last three years.  Current design has the detection device placed on a military vest or tripod.

The privacy concerns caused by many detection devices are minimal in this case, Natalia Nikolova, an electrical and computer engineering professor said, because the frequency range used isn’t high enough to generate an image of the person.

Nikolova said her designs are different from a full-body scanner seen at airport screening points, although both use radar technology. The scanner uses high frequency waves to generate an image and requires trained human operators to make a decision.

“In our case, it’s going to be a computer that is analyzing features in signals,” she said.

Similar Scanners Are Already Being Used By Law Enforcement

In January, USA Today covered the use of new police radars that bounce a signal through a house to detect for movement.

The radars work like finely tuned motion detectors, using radio waves to zero in on movements as slight as human breathing from a distance of more than 50 feet. They can detect whether anyone is inside of a house, where they are and whether they are moving.

There are even radar devices that can detect and scan a person’s irises from 40 feet away.  As Discovery News reported back in April, this new technology allows law enforcement to identify a person registered in their databases.

In the realm of law enforcement, iris recognition could be used to identify suspects at long range in various lighting conditions. The system can even be used to capture images through reflections in a mirror.

On the surface, all of these pieces of technology sound like tools used in either a sci-fi utopia or Orwellian dystopia.  And with little to no studies done as to the long term effects of these technologies on people’s physiology, it’s left in the hands of legislators, judges, and law enforcement to decide the right application for each.

Will these technologies be used to regulate concealed carriers as they travel across state lines?

Imagine driving across the border into New Jersey and immediately being pulled over for having a perfectly legal unloaded handgun in your trunk.  Or wandering onto a University of Texas campus and happening to pass within a couple feet of a “gun free zone”.  These technologies all have great possibilities if used in the right context – but that context has not been realized, yet.  And as the U.N. engages in its three year study of making a man-portable concealed weapon detection system, all concealed carriers are left in the unenviable position of wondering whether or not they could be targeted by such technologies in the not-too-distant future — on some level.