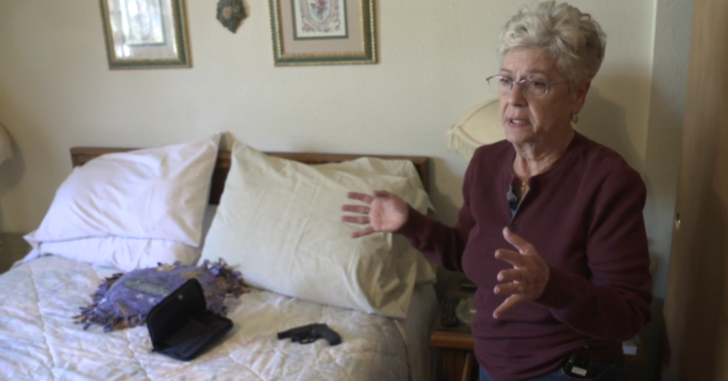 Eight years ago, Donna Hopper shot and killed a home intruder. At the time of the shooting she was terrified, shocked, and despaired to 911 operators that she hoped it wasn’t someone she knew. She even apologized to the police for what she had done.

Now, reflecting back on that event that changed her life eight years ago, she doesn’t regret it and said she is prepared to do it again should she ever have to.

Hopper, however, says she’s ready to pull the trigger again if need be because she believes that’s what saved her life that night.

“If I had not had the gun … in fact, when the police were here that night I told them, ‘I’m so sorry, I should have just had a baseball bat and whacked him on the head,’ ” Hopper said. “And they told me, ‘He would have killed you before you got the first strike out. ‘ ”

It may have taken Ms. Hopper some time come around to it, but she recognizes now that having a firearm in her house and using it certainly saved her life. It is good that she had a dad who was familiar with firearms and encouraged her to have one; she might not be a live today had he not.

Despite how terrible she felt years ago when she took a life in self-defense, she said she is prepared to do it again. She still keeps the same firearm in her night stand next to the bed. When asked about support for gun rights, she said “I am keeping my gun, and anyone else that needs theirs.” She just isn’t so sure about those pesky automatic weapons the media loves to talk about.

Previous article: The Best BLACK FRIDAY Gun Deals And Ads For 2019 [UPDATED 11/26] Next article: ‘I shot my son:' Father Shoots, Kills His Own Son In Act Of Self Defense