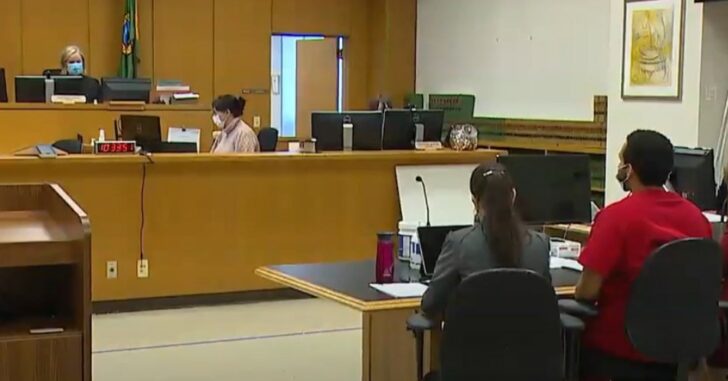 SEATTLE, WASHINGTON — A 2020 gang shooting in downtown Seattle that ended up involving six innocent victims, one killed, was ruled by a King County jury to be an act of “self-defense” on Thursday.

Marquis Tolbert was on trial for the 2020 incident that occurred at 3rd and Pine in downtown Seattle. Tolbert and a friend had sought out a rival gang member in an attempt to target him. Their “victim” was also armed and confronted the pair first. The pair fled on foot, chased by the intended victim who fired at them. Tolbert and his companion fired over their shoulders as they ran, striking six bystanders in the process. One of them, 50-year-old Tanya Jackson, died from her wounds.

The King County jury determined Tolbert was not guilty of violating Washington state law as he was not targeting the six bystanders who were shot. Other states hold persons culpable for injuries and deaths accidentally caused in acts of self-defense.

Tolbert is said to have began crying in joy as his acquittal was read. Tolbert’s companion is next to face trial for the incident.