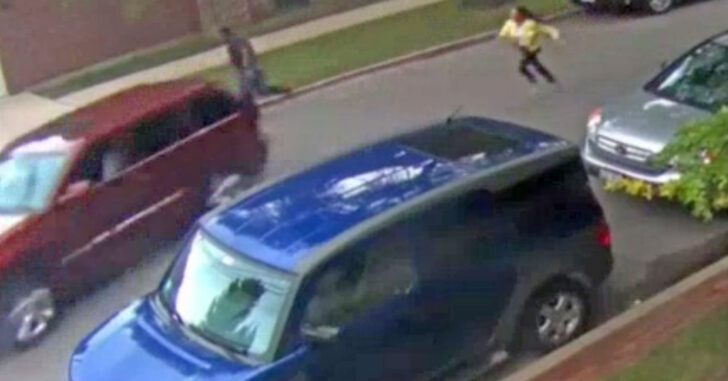 CHICAGO, ILLINOIS — A woman with a concealed carry permit was the victim of a hit-and-grab when she was hit by another vehicle. During her inspection of damage to her vehicle, it was stolen right out from under her nose. What happened next is the part that’s up for debate. From NBC Chicago;

Officers responded to the scene in the 2400 block of West Ohio Street in the city’s West Town neighborhood about 5:35 p.m. A 41-year-old woman said she was driving northbound on Western Avenue when a gray sedan struck her vehicles, according to police. She pulled over to inspect the damage when an “unknown male” jumped in her car and fled, police say.

The woman told police she saw another person, also a male, hiding behind a garbage can, police said. The woman opened fire at some point during the incident with her registered concealed weapon, according to Chicago police.

Witnesses reported seeing the woman fire her gun well after the vehicle had been stolen. This is the debate here, as we typically look for just cause when discharging a firearm. That just cause is usually self-defense, while you can also argue that she was trying to protect her property.

In any event, it’s nearly always a bad decision to fire at a fleeing suspect, even if that suspect is fleeing in your vehicle.

Another witness who asked not to be named said the victim opened fire “well after” her car was gone. She also reported hearing the woman demanding the man to show her his hands.

If I’m the victim of a carjacking, you’ll never find me shooting at the fleeing suspect. My insurance will cover the loss of the vehicle.

It isn’t known whether charges will be filed against the woman, and police are still investigating the incident.

What are your thoughts on this woman’s interaction with the bad guys? Would you have handled it differently? Chime in below.

Previous article: #DIGTHERIG - This Guy and his Glock 26 in a YetiTac Holster Next article: You Aren't The Target: Homeowner Accidentally Shoots Self During Home Burglary