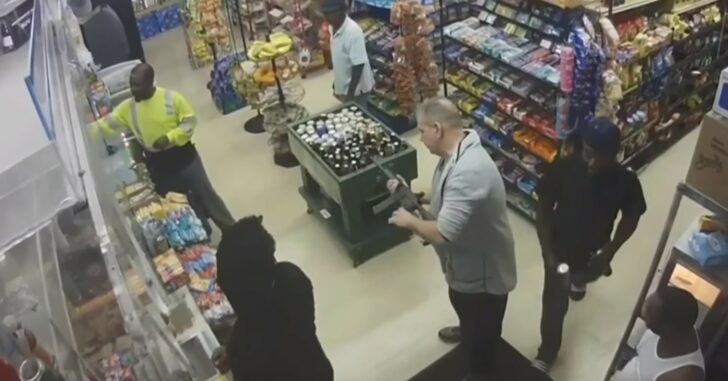 This guy, the one with the AR-15, brought it into the store after the clerk told him that the price of cigarettes had gone up. He’s used to paying $10 for 2 packs, but now has to hand over $11 for the same amount. He wasn’t liking that, so naturally he went to get his gun.

This incredibly irresponsible guy starts waving the thing around, flagging numerous people inside the store and threatening the clerk.

Everyone, except for one (who made a point to get out of the building), just kinda stands around and wonders what this guy is going to do.

Had the clerk been armed, he would have more than likely had legal grounds to shoot this wacko, but that’s not how it ended.