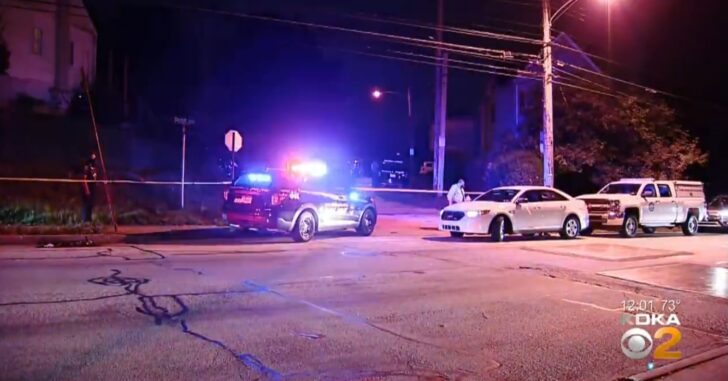 WILKINSBURG, PENNSYLVANIA — Five people were inside a home when they were met with two armed intruders. Two of the people inside the home were also armed and drew their firearms, but they didn’t fire a single shot.

As the intruders realized that people inside were also armed, they began to fire while retreating.

Shortly after, police found one of the masked intruders, dead from a gunshot wound. It appears that his accompliace shot him, as neither of the armed residents fired any shots.

They may have not had a good opportunity to shoot, and we may never know. The bad guys did shoot, however, and their aim wasn’t great. Or was it?

Police are still searching for the additional intruder, and I can’t help but wonder if he feels guilty that he killed his thug buddy. That’s swift justice from my point of view, that’s for sure.