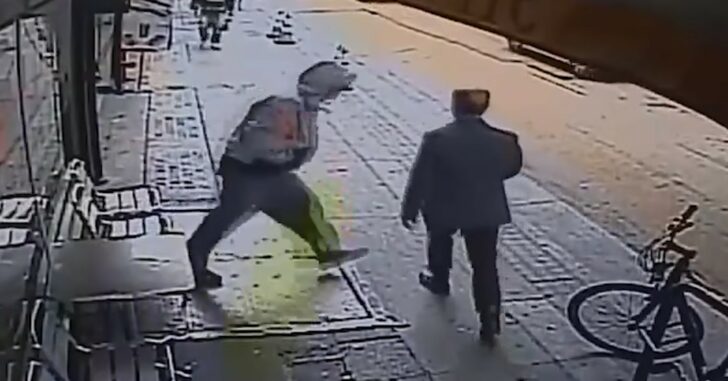 Whether you carry a firearm or not, being aware of your surroundings is something that we should all do. Keep that head moving, scanning and paying attention to the things going on around you.

An aggressive man on the street was making motions towards people passing by, and in the last encounter actually pushed a man into the road. That’s not the worst of it, as when the man hit the pavement, a semi-truck was coming down the street.

Luckily, the truck driver was paying attention and hit the breaks, but not before being partially run over. Had the driver not been as alert as he was, the man in the street would have most definitely lost his life.

Watch the video, leave a comment, and keep those eyes open and that head moving.