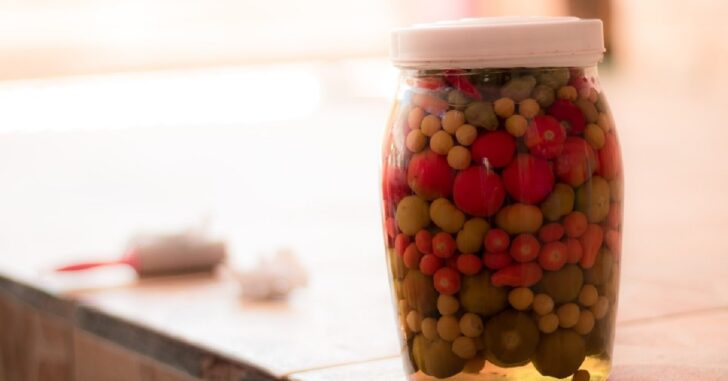 WINTER HAVEN, FL — A man was shot twice and killed during an argument that started with a dispute over his wife’s online gaming, WFLA reports.

The insane report of the incident includes a gaming squabble, a weaponized jar of peppers, and a completely wasted life.

Polk County Sheriff Grady Judd said things escalated after Tyrinda Goosby, 44, and her husband, Trevor Goosby, 46, started arguing about a game she was playing online. Trevor went into their bedroom to grab a firearm, then returned and began physically attacking his wife, according to Judd.

Tyrinda’s cousin, Patrice Wilson, 44, was at the home and tried to intervene by threatening to hit Trevor with a jar of peppers. Judd said Trevor ended up taking the peppers from Patrice and broke the jar over her head, leaving her with an “ugly laceration.”

The firearm was no longer in Trevor’s hand, so Tyrinda picked up the gun and fired two rounds, striking her husband, Judd said. The cousins may have been communicating with a 911 dispatcher when the shots were fired, according to the sheriff. Judd said Trevor staggered out into the front yard and died.

Tyrinda was taken to Winter Haven Hospital to be treated for abrasions, while Patrice was transported to Lakeland Regional Hospital with significant injuries, Judd said.

“The initial information indicates to us that both Tyrinda and Patrice are victims and very well may be protected because they were not only standing their ground, but they were defending themselves for felony assaults and felony batteries,” said Judd.

Now to be clear, this is a real thing that happened in a fight.

A woman tried to defend her cousin with a jar of peppers. I mean, use what you got, but good Lord. What’s more, however, Goosby then opted to sacrifice the security of his firearm in favor of trying to obtain the jar of peppers.

Of course the dude lost. He brought a gun to a pepper fight.