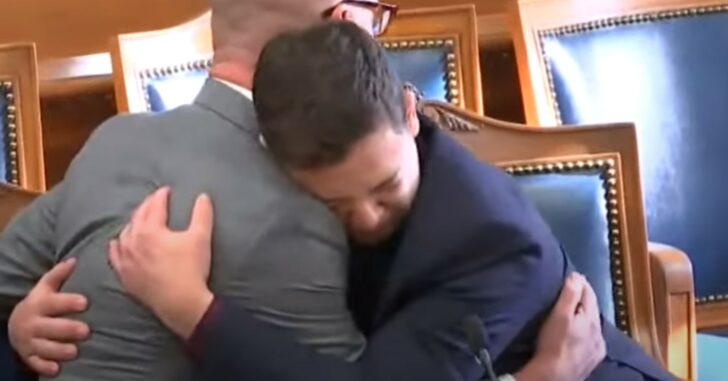 In a teaser to a much longer interview with Tucker Carlson, Kyle Rittenhouse spoke publicly for the first time since the verdict was announced.

“The jury reached the correct verdict. Self defense is not illegal,” Rittenhouse said.

He mentioned how he has had dreams almost every night since the incident, and went into a little detail about what they’ve been like.

“It’s scary actually because the dreams feel so real and they’re not the same at all, they’re all different — they’re the different scenarios that run through your head,” he said. “I’m alive but what could have happened? Like what if I wasn’t alive or what if I didn’t let Mr. Rosenbaum steal my gun?

“The outcome is bad but almost every outcome is me getting seriously injured or hurt or dead. Those are just the dreams I have on a daily basis.”

The show featuring Rittenhouse will supposedly air on Monday night.

Previous article: BREAKING: Kyle Rittenhouse Not Guilty On All Charges Next article: This Homeowner Found Something Out The Hard Way: Don't Protect Property