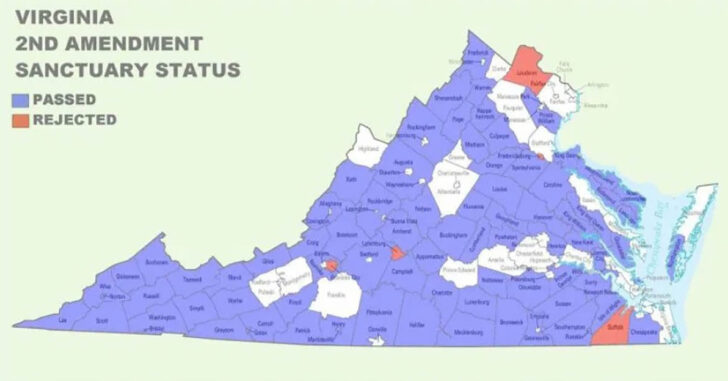 TAZEWELL COUNTY, VIRGINIA — If you haven’t been following what’s been going in Virginia, here’s a crash course:

One county, Tazewell, has taken things even further by passing two resolutions.

The first resolution declared Tazewell County a Second Amendment sanctuary, meaning the county declared it would not provide funding for any effort that would infringe upon its citizens’ Second Amendment rights.

The second resolution emphasized the right to a well-funded and regulated militia described in the U.S. Constitution and Commonwealth’s constitution.

According to Travis Hackworth, the Tazewell County Board of Supervisors Chairman, the resolution allocates funding from the county budget for the purpose of funding and maintaining a well-regulated militia.

That’s a bold statement, and we’re likely to see more counties pass such resolutions as a way to send messages to their elected officials.

Vice-chairman Charles Stacey said the militia resolution allows for immediate county intervention in the event that legislation that violates citizens’ Second Amendment rights is passed by the Virginia General Assembly.

According to the Virginia Citizens Defense League, here is what the current situation of 2A Sanctuary Cities looks like:

Virginia is a state to watch, clearly.