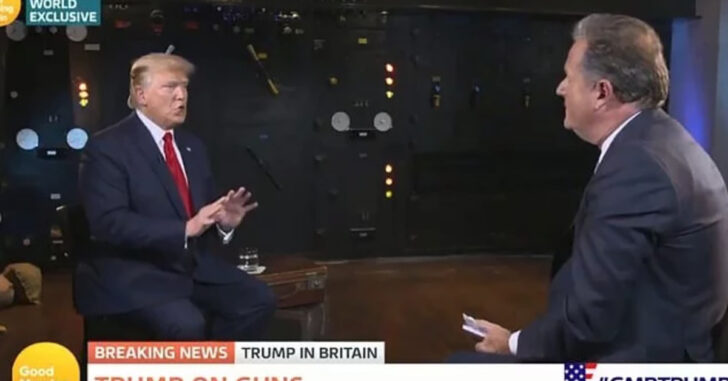 Earlier this week, as President Trump was readying to leave for the UK for the 75th Anniversary of D-Day, the President stated he didn’t like suppressors. While in London, the President sat down with Piers Morgan about the subject of suppressors and guns in America came up.

The POTUS discusses gun violence with @piersmorgan. He says unarmed civilians are 'sitting ducks' and don't stand a chance when faced with 'bad guys' with guns.

He adds if people were armed during the Paris attacks 'it would have never happened'.#GMBTrump pic.twitter.com/UI9L56Ifgh

While it’s dangerous to put too much credence into his off-the-cuff comments, President Trump seemed to indicate that he’ll consider banning suppressors as a response to the shooting in Virginia Beach.

“Well, I’d like to think about it. I’m going to seriously look at it.”

On the other side of the equation, he defended civilian firearm ownership. When talking about the Bataclan Theatre massacre, the President told Morgan . . .

“If there was a gun on the other side it would have never happened.”

When asked why people want to own semi-automatic rifles, the President said . . .

“A lot of them use them for entertainment. They go out and shoot at ranges.”

On the discussion of gun rights, the President bounced all over the place. It appears that the President is in favor of banning suppressors, but defended the fact that armed law-abiding people stop armed criminals and smacked Morgan down by pointing out London’s rampant knife-related crime.

He jumped from targeting the Second Amendment to defending the individual right to keep and bear arms. So is he a firearms friend or foe? You decide and let us know in the comments.