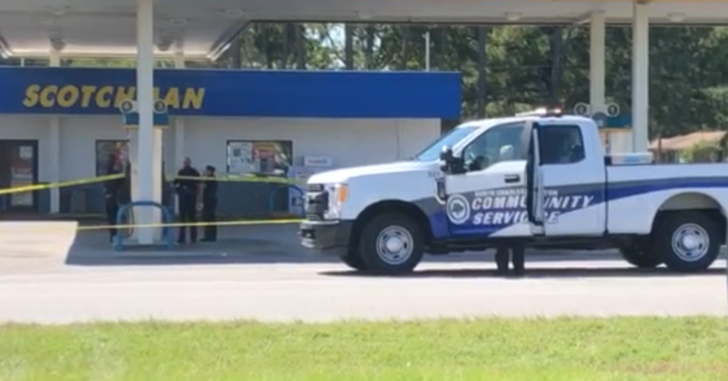 NORTH CHARLESTON, SOUTH CAROLINA — In this bizarre and unusual scenario, both the aggressor and the victim were shot and killed by the same gun as they struggled over control of it. The victim was unarmed but still attempted to defend himself and his property, unfortunately, ending fatally for both.

After interviewing witnesses and reviewing surveillance video, police have determined that 14-year-old Eisa Shourpaje tried to rob Dashawn Bowens, 25, and both were killed by the same gun, according to Maj. Ken Hagge.

As Bowens crossed the parking lot on his way home, Shourpaje followed and began brandishing a black pistol in a robbery attempt, Hagge said.

The two struggled over the gun. According to police, Shourpaje fired first, shooting Bowens in the neck.

Shourpaje was then shot in the head, and he collapsed at 7791 Dorchester Road. The gun used was later found in his hand by police.

This all started because the teen saw Bowens take out a large wad of cash from his pocket as he paid the cashier at the gas station. Tempted by an easy score of money, the teen followed Bowens and tried to rob him by brandishing the firearm.

Bowens wasn’t going to be an easy victim, and a scuffle ensued. As they fought over control of the gun, Bowens was shot first, but he managed to continue fighting and ultimately the gun fired again, this time shooting the teen in the head. Bowens made it back to the gas station where he collapsed.

Two days later the teen died from damages suffered from the shot to his head, and four days later Bowens also succumb to his wounds. In the end, both men died over some cash that neither ever got a chance to spend.

Secondly, being aware that the teen was following him could have given him other opportunities to either stay in a safe place, or be better prepared for what ultimately was to come. In either case, this shows that situational awareness is a skill we all need to practice and perform every day of our lives.

Another question to ask is, should Bowens have just given up the money? In this situation, if you are unarmed and someone pulls a firearm on you, do you hand over the cash and walk away alive? Or do you try and defend your property unarmed? It’s possible that the age of the assailant led Bowens to believe he could overpower the teen and survive the altercation. But ultimately, was the money worth risking his life?