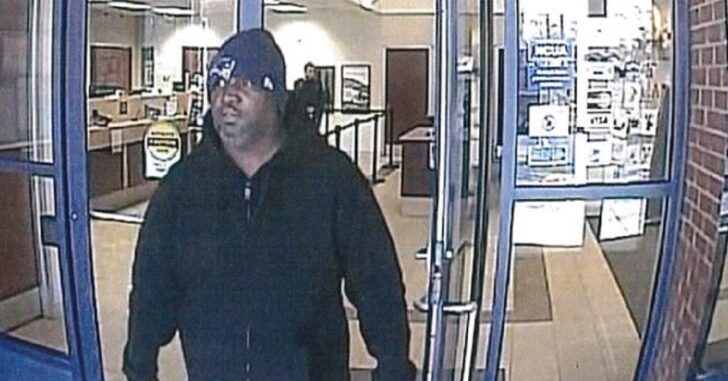 MEBANE, NC — Millions upon millions of Americans have very strong opinions about who should win the upcoming Super Bowl and the two conference championships that precede it.

Many celebrated wins with drinks among friends and the collection of wagers, but for one Mebane man, the New England Patriots victory could only be celebrated one way:

He had to rob a bank. Not only did he just have to get his bank robbery on, but there was just one problem:

He only had a pair of scissors.

A man wielding a pair of household scissors robbed an Alamance County credit union on Tuesday. Mebane Police responded to the robbery call just before 12:30 p.m. at the State Employees Credit Union at 1900 S NC Highway 119.

Witnesses told police a man wearing a New England Patriots toboggan hat approached a teller with the scissors and demanded money. The teller complied and the suspect left with an undisclosed amount of cash and ran through the parking lot toward the La Cocina Mexican Restaurant.

The suspect was described as a mid- to late-40s, approximately 6 feet tall and weighing between 230 and 240 pounds. Besides the Patriots winter hat, he wore a black hooded sweatshirt. No one was injured during the robbery.

I think I can say beyond a reasonable shadow of a doubt that this man does not express the opinions of either the New England Patriots or the NFL.

Now, that’s a State Employee’s Credit Union in North Carolina — you can’t carry a firearm legally, concealed or otherwise, in a NCSECU. I know, because that’s my bank in my state.

So for us concealed carriers, there’s not a heck of a lot we can do to mitigate the threat in this situation except watch the man very closely and be prepared to be an excellent witness.

Folks might say “wait until the man’s outside, then draw on him.”

Don’t do that, not unless he’s actively threatening folks outside. As soon as that man tried to get away he stopped being a threat to those inside the credit union — it wouldn’t take much for a perfectly well-meaning concealed carrier to be made into a bad guy for shooting a robber in the back.

Fortunately, no one was injured in this incident. However, there is little doubt in my mind that the robber could have killed someone while in that credit union, and because of NCSECU’s anti-firearm policy, there’s not a ton we responsibly-armed citizens could have done to mitigate the threat.