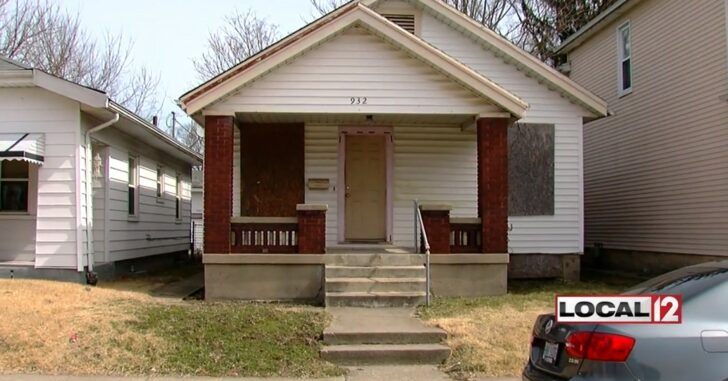 HAMILTON, OHIO — When a father and son realtor team got word that one of their properties had been broken into, they went to investigate. What they found when they got there was a man inside, claiming to be armed, and that’s when things got violent.

Right off the bat, I’ll make a note about the approach of this incident. Here’s what happened;

What should have happened;

Kyle Morrical described the encounter, “He told us he had a gun and a knife. He was either going to shoot us or stab us and he punched me in my face,” Kyle said.

[His father] said, “When I thought he could be a threat to Kyle, yeah I got involved physically with him and I’ll be 63 in May and I forgot all about that. It was about my son and making sure this thing did escalate to somebody being harmed or killed.”

Kyle pulled his gun. He and his father have CCW permits. Fortunately, Kyle did not have to use his pistol.

“We held him down on the ground and a neighbor called the police to help us. He heard us screaming,” Kyle said.

No shots were fired and the bad guy was arrested.

I have a family friend who is a realtor, and very much against firearms. She goes to showings all the time by herself, and I never quite understood the non-fear of being under-prepared. I know that guns aren’t for everyone, but I could never imagine showing homes to strangers and being unarmed.

I’m happy to hear that this incident worked out in favor of Kyle and his father, and hope they don’t have any more encounters like this.

But if they do, I think it’s safe to assume that they’ll be prepared, just as they were this time.

Previous article: Should Have Been A DGU: Video Shows Two Men Beating Pregnant Woman On Street In Unprovoked Attack Next article: [VIDEO] 2 Armed Citizens Join Forces; A CCW-In-Action Story So Crazy, You Have To Watch The Video For It To Make Sense