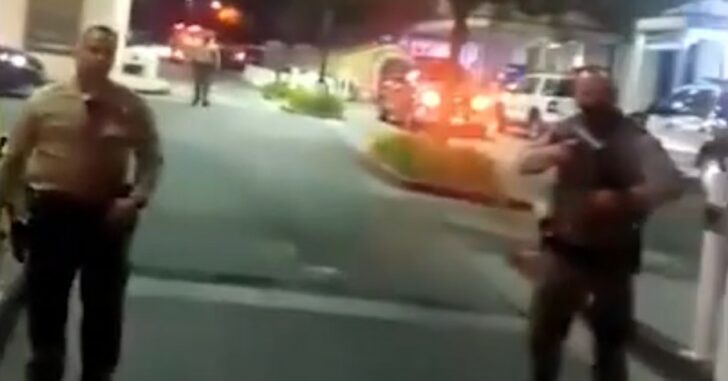 Two officers in Los Angeles were ambushed and shot Saturday night during an unprovoked attack, and police are still looking for the gunman.

The officers were taken to the hospital where they both underwent surgery.

Outside of the hospital, a group of protesters gathered and tried entering, but were denied access. One of the protesters, Kevin Wharton Price, praised the shootings of the officers in another video on Facebook, which is still available even after being reported multiple times.

The video can be seen below.

Once arriving at the hospital, the group can be seen and heard taunting police who are off in the distance. They yell things like “We hope they die” to the officers and “Y’all are gonna die one by one”, prompting them to come over in an effort to control the crowd.

This kind of ‘eye for an eye’ talk is not the proper way to seek any type of justice that they’re looking for. It only helps to shine yourselves in a bad light, having more people against you than ever.

The members of this group must have mental health issues, and we hope that they can get the care they need.