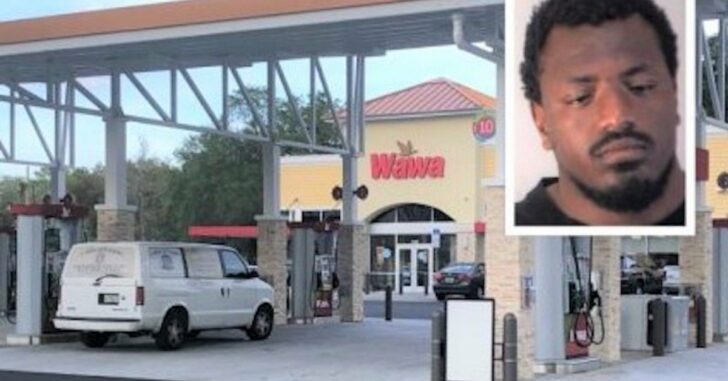 LEESBURG, FL — A man is behind bars and another being hailed a hero after a brutal assault inside a gas station came to an end thanks to an armed citizen who stepped in to help.

Leesburg Police officers on March 1 scrambled to the Leesburg Wawa, located at the intersection of U.S. Hwy. 441 and Griffin Road, after receiving a 911 call reporting a battery in progress. While en route to the convenience store, officers were told that someone there had a firearm.

Upon arrival, an officer saw a man holding a handgun pointed at another man on the floor. As he entered the store, the man placed his handgun into a concealed holster in his waistband. The officer ordered him to put his hands on his head and removed his firearm, the report says.

Police found the victim with severe injuries and he was transported to the hospital for treatment.

Another person at the location, a woman, was also assaulted by the suspect but her injuries were not as severe.

The armed citizen had his firearm returned to him by police after things were sorted out. Had he fired a shot, police would have held onto it for processing and evidence.

The suspect was known to the gas station, and was banned from the grounds before. He was also said to have slept in the bathroom on numerous occasions.

It’s a great day when guns are used for good, no lives are lost, and a bad person is off the streets.