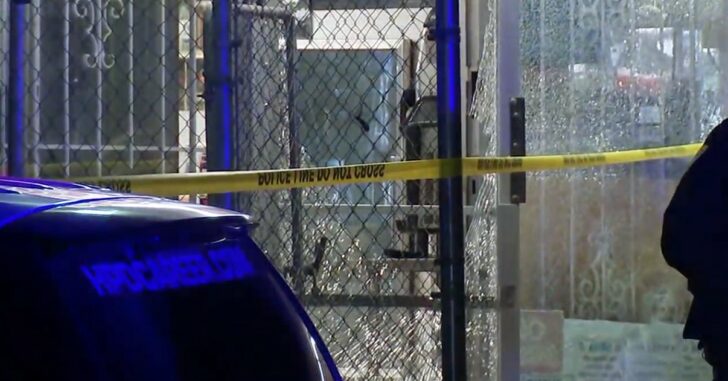 HOUSTON, TEXAS — A liquor store in Houston was at the center of an armed robbery attempt where two thugs busted in to try and score some quick cash. The ‘no guns’ sign, seen below, wasn’t a deterrent.

At the time of the attempted robbery, two employees were inside. One of those employees was armed and possessed a concealed carry permit.

The clerk opened fire during a robbery Wednesday night at Mike’s Liquor Store in the 8700 block of MLK Boulevard near Reed.

Houston police said that at least two armed suspects went into the store, where two employees were working at the time.

The clerk ended up getting into a shootout with the crooks, and one of them didn’t make it. That suspect’s body was found down the road from the store, and police quickly figured out that the two were connected.

The other suspect fled, leaving his injured buddy behind. That suspect has not been located. He’s probably too busy recruiting a new thug to continue the criminal life, or maybe this was enough for him to change his ways.

When we see a ‘no gun’ sign, we chuckle inside and know that it’s really for the bad guys. You know.. the ones who don’t follow the law anyway.

If it were an armed customer inside the store instead of an employee, I bet they’d be happy they were there to stop this threat.

Previous article: #DIGTHERIG - Terry and his Walther PPS M2 in a MultiHolster Next article: Share Your Thoughts: No Charges In Neighbor Shooting That Left 1 Dead