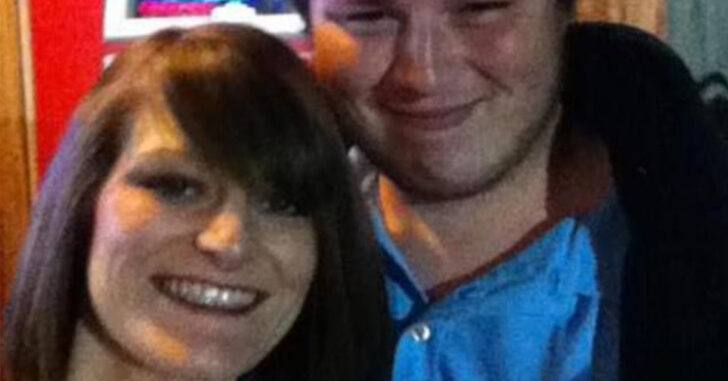 STEVENSON, ALABAMA — This is a very sad and unfortunate story out of Alabama, and it shows just how complicated self defense laws can be. It also shows how rumors and past behaviors can play a role in determining guilt or innocence.

Brittany Smith, 32, claims she was brutally raped and beaten by Todd Smith, 38, at her home in Stevenson, Alabama, in January 2018.

Todd threatened to kill Brittany if she told anyone what had happened – but she managed to covertly inform her brother, Chris McCallie, who showed up at her home soon after and confronted Todd.

When Todd refused to leave, he and Chris got in a violent altercation which ended with Brittany fatally shooting her alleged attacker before calling police.

A rape kit showed severe injuries and indicated that Brittany had been raped, but she was still charged with Todd’s murder two days later.

As the article explains, Brittany was violently raped by a man she was dating named Chris. Chris threatened to kill Brittany if she ever told anyone. Brittany told her brother Todd, in secret, about what had happened. Like a good brother, Todd went over to the house and confronted Chris.

The altercation turned violent. Chris and Todd got into a physical confrontation. Chris was getting the better of Todd; seemingly choking him to death. Brittany retrieved a gun and shot Chris, saving her brothers life.

Despite hospital tests that back up Brittany’s claim about being raped, she was still arrested and charged with murder. So how could this happen? Well, several reasons. First, prosecutors don’t believe Brittany’s rape story. They believe the two were dating, and what occurred was simply consensual rough sex.

Secondly, her public-appointed attorney did not represent her well. She wanted to claim a “Stand Your Ground” defense, instead he offered a plea of insanity. This forced her to undergo psychological evaluations that indicated she may have some mental problems. However, not the kind that would help her case.

Finally, her and her brother initially lied to police. Fearing that she would not get a fair shake by police because she was a woman, they initially told police that Todd had fired the gun. Once the police realized they had lied, it put all kinds of scrutiny on their story.

I confess, I don’t know what the local customs are in this part of Alabama. However, I find it hard to believe that in 2020 a woman would be treated differently than a man in a self defense shooting situation. Plainly put, Brittany and her brother should not have lied to the police. Had they been honest from the beginning, things may have worked out differently.

Other than that, it is hard not to feel anything but sympathy for Brittany if her story is true. She endured a violent rape, then watched her brother almost die at the hands of the same man. What choice did she have?

Brittany saved her brother’s life. Let’s not let that get away from us.

Another good thing that Brittany did was tell someone close to her about what happened. Even though Chris threatened to kill her if she told anyone, she knew that someone needed to know what happened to her. She trusted her brother and confided in him. A woman should never feel like she needs to stay silent if she is sexually assaulted.

Do I think she should have been arrested and face murder charges? Absolutely not. However, I am not a police officer nor am I a prosecutor. They have access to much more information than myself or anyone else. They may have a much different view of this case than the article shared. All we can hope for is that Brittany gets better representation from her new lawyer, as well as a fair trial.

I recommend you read the full story in the linked article above to get a full understanding of both sides.