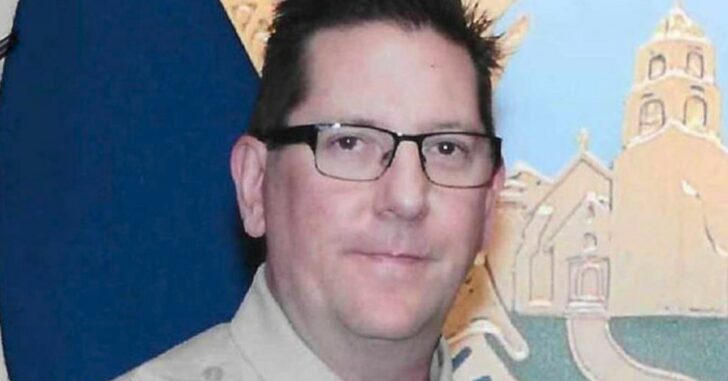 When an ex-Marine dressed in black shot his way into a Thousand Oaks, California bar last month and opened fire on the crowd, the first officers to arrive were Ventura County Sgt. Ron Helus and a California Highway Patrolman. They didn’t wait outside and set up a perimeter, Parkland-style. Instead, they went into the Borderline Bar and Grill to confront the shooter.

Helus never made it out. He was hit five times during the gunfight that took place, but as the investigation has now revealed, the shot that killed him was fired by the Highway Patrol officer.

That Helus was killed by friendly fire emerged for the first time at a somber news conference Friday, exactly one month since 28-year-old Ian David Long attacked country-music lovers at the Borderline Bar and Grill in the Los Angeles suburb of Thousand Oaks, killing 12 and wounding 22 others. …

Officials didn’t have much else to update about the investigation Friday, nothing more on the motive or the exact timeline of events – just the news that broke all their hearts, most of all that of the patrolman, who learned of the terrible mistake for the first time Thursday.

“I delivered the message to him … He had no clue it was coming,” said L.D. Maples, chief of the California Highway Patrol’s coastal division. “It surprised all of us. He’s devastated.”

The patrolman was only identified as a nine-year veteran of the department. He is on leave.

While it may sound callous, tragedies like this are bound to happen in a chaotic, tense situations when officers are maneuvering, trying to identify the threat (the shooter had used smoke grenades) and exchanging gunfire. The shot that killed Helus pierced his heart.

Helus was wearing a bulletproof vest when he was shot, but officials did not say where the bullet entered his body. His wounds from (the shooter’s) handgun were serious, but potentially survivable, including two that hit Helus on the edge of his vest, said Christopher Young, the county’s chief medical examiner.

Previous article: Repo Man Fires On Car Owner After He Comes At Him With Knife, Media Gets A Few Things Wrong Next article: Murder-Suicide Plan Goes Wrong For Attacker When Victim Is Armed And Shoots Back