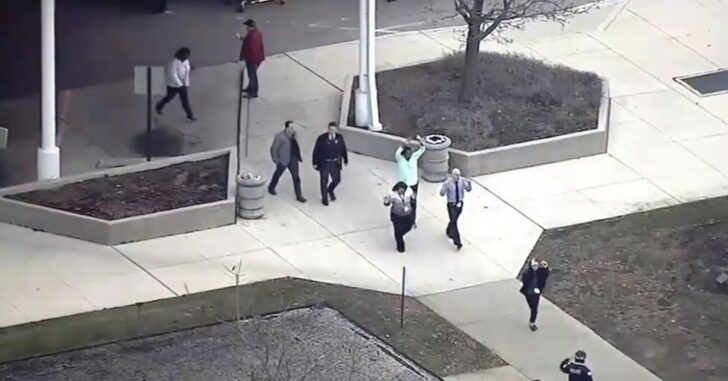 CHICAGO, ILLINOIS — Three people were killed in a shooting that apparently began as a domestic dispute outside Mercy Hospital on Chicago’s south side.

Reports say that a man and woman were having a verbal altercation outside the hospital, and that one of their friends tried to intervene.

That’s when the man pulled out a gun and shot the woman. The friend is said to have run inside the hospital to try and escape injury.

Police officers then responded to the scene and observed the suspect with a handgun. The man then fired multiple shots at the officers before they could even exit their cars, and the officers chased him as he ran into the hospital, Johnson said.

Officers then exchanged gunfire with the suspect inside the hospital. A female staff member who was inside an elevator and a police officer who were both struck by gunfire also died.

The suspect died at the scene as well. It was unclear whether he shot himself or was shot by police.

The building has since been secured and police deemed it safe.

No other information was immediately available. Check this space for updates.

Previous article: #DIGTHERIG - Jesse and his Ruger SR9c in a Clinger Holster Next article: Proposed Law Would Require Pistol Permit Applicants To Go Through A "Social Media Review"