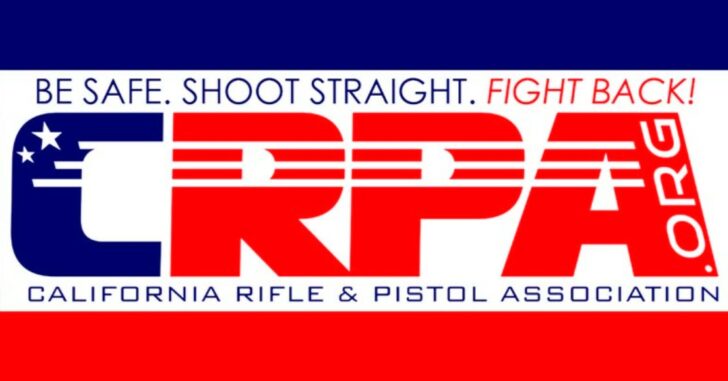 Thanks to the infinite wisdom and dedication to disarmament of the California legislature and Governor Jerry Brown, Californians under the age of 21 will soon face yet another infringement on their Second Amendment rights. As of January 1, 2019, 18-, 19- and 20-year-olds will be able to own long guns, they just won’t be able to buy one (or have one transferred to them). Good times.

Anyone between the ages of 18 and 21 in the Golden State can vote. They can get married without permission. They can serve in the military (with real guns!). They can enter into binding contracts. But alcohol and firearms are clearly far too much responsibility to entrust to them. Legally, that is.

So the folks at the California Rifle & Pistol Association have sent out this helpful email blast that highlights a few of the new law’s finer points and exceptions:

California’s Legislative season has officially ended, finally. While many bad anti-gun-owner bills were defeated, Governor Brown did sign several bills that, while these new laws, piled on top of all the old laws, still won’t do anything to make us safer, will restrict the rights of law-abiding citizens.

Gun owners should be aware that the bill only prohibits dealers from selling or transferring firearms to folks under 21. Even if you are under 21 years of age you are not prohibited from owning or possessing a long gun. You just can’t go buy one because the dealer is prohibited from selling it to you.

What’s more, the bill provides for several exceptions, including:

Earlier this year, the National Rifle Association filed a federal lawsuit challenging a similar law enacted in the state of Florida. That lawsuit, currently titled NRA v. Bondi, challenges Florida’s law as a violation of the Second Amendment and Equal Protection Clause of the United States Constitution. In addition to NRA serving as lead plaintiff, 19 year-old “Jane Doe” and 19-year old “John Doe,” who’s (sic) actual names have been redacted for their safety and privacy, are also challenging the law.

The NRA v. Bondi lawsuit could end up before the United States Supreme Court. A favorable decision there, or even in the Florida appeals court, would have precedential effect on similar laws — like SB 1100. In the meantime, NRA and CRPA attorneys are analyzing the effects of SB 1100 and are considering filing a lawsuit against California’s restrictions. With the midterm elections and all the other pro-Second Amendment lawsuits that NRA and CRPA are helping to support in California, funding is very tight. You can help aid in these legal efforts by donating to the NRA-ILA and the California Rifle & Pistol Association Foundation.