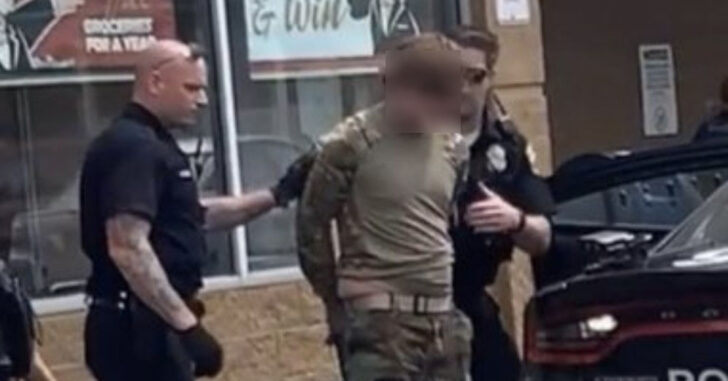 UPDATE 11:20 pm EST: Police say 10 people were killed and 3 others injured during the shooting that lasted just minutes.

The gunman had planned the attack for some time, according to his 180-page manifesto released online prior to the incident. He traveled a few hours to Buffalo from his hometown in Southern Tier, NY. His choice of Buffalo seems to be related to it’s predominantly Black community.

BUFFALO, NEW YORK — A suspect is in custody after he allegedly shot and killed at least 10 people, as well as an unknown number of injured people. The mass shooting happened in Buffalo, New York at a Tops grocery store, and the suspect allegedly live-streamed as he went on his rampage.

GRAPHIC WARNING: Below is a video captured at the scene, reportedly showing the suspect being taken into custody. Multiple motionless bodies can be seen laying in the parking lot.

Reports state that the suspect may have been streaming a live video on Twitch, via a camera mounted on his helmet. He was also reportedly dressed in military-style clothing and using body armor. Screen grabs from the supposed live video also show writings on his rifle.

Video shows a man driving into a parking lot, and what appears to be a rifle is seen in the passenger side of the vehicle. It cuts off right as he exits the vehicle.

I’m sure the rest will come out as time goes on…#Buffalo pic.twitter.com/L53uPo6F3s

A screen grab from video that is not available as of this writing, shows a person holding a rifle from his point of view, with a victim blurred out of the frame.

According to police, the rest of the video shows the gunman shooting people outside the store, and then walking inside and continuing to fire. One of the victims was a retired police officer who was working security at the store.