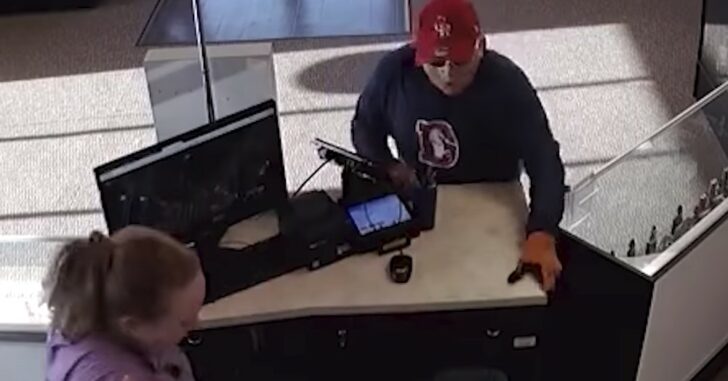 This robber wasn’t cut out for a life of crime, but he sure did try.

And he failed in a miserable and slightly hilarious way.

Going into an e-cigarette store with the intention of making some quick cash, he brings along a bb-gun, which I’m sure the clerk couldn’t tell in the moment.

As soon as he produces the firearm, he drops it on the opposite side of the counter.

His next idea is to hop the counter to retrieve the gun, but then he changes his mind, likely because he realizes that he just dropped a bb-gun and he should instead try to get out of the store as quickly as possible. However you cut it, this would have been a justified use of deadly force if someone in the store were armed. You have a perceived deadly threat and even though it was found out later to be a bb-gun, any reasonable person would be inclined to believe that the gun was real and capable of serious damage in the moment.