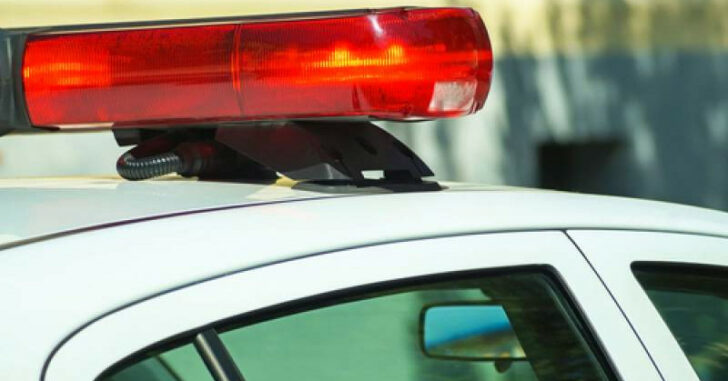 LEITCHFIELD, KENTUCKY — 43-year-old Patrick Dewayne Decker is no stranger to violence. Convicted of charges ranging from rape to kidnapping and assault, it’s not a far fetched notion to think something like a restraining order would be any obstacle for him. That’s why his ex-girlfriend got a gun. It all came down to a simple choice: her and her son or Decker. She chose herself and her son. She chose right.

According to WDRB, the Grayson County Sheriff’s Department received notification from 911 dispatch that as of 9:22 p.m., the ex-girlfriend reported she had shot and killed Decker. Her side of the story is that he busted through the door of her home, despite having a restraining order filed against him and being urged to leave her alone by family members and a court. She fired several shots, killing him.

Her and Decker’s son was present at the time of his assault on her home.

That restraining order? It turned out to not be worth the paper it was printed on. When she realized she was dealing with a cold, hardened criminal with a violent streak, she had to make the uncomfortable but brisk reality check that this was a man who would stop at nothing if an idea struck him just right.

Well, he’s dead now and she doesn’t have to worry about him breaking down hers or anyone else’s door ever again.

It’s not the conclusion any sane person hopes for but when faced with the potential to have her and her son be at severe risk, the sheriff’s department is too far away to help but a handgun only takes seconds.

According to court documents, Decker had been living across the street in his parent’s home before the crime took place. He allegedly petitioned the court to allow him to stay within the radius of a protective order so he could have a place to live.

The court issued a protective order that clearly violated this woman’s ability to assess a threat before it’s on her doorstep. Not like it would have mattered. Not like Decker really seemed all to worried about following the course of law in the first place.

And now it’s over.

Sober reality or victimization — we all have to choose whether we like it or not.