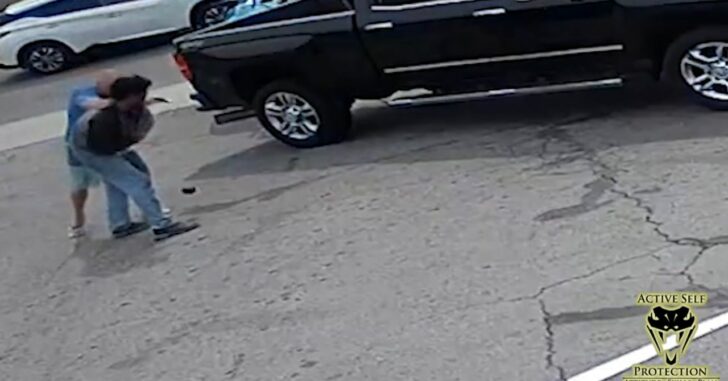 A simple trip to the gas station can lead to much more. That’s what happened to this man, who witnessed an employee being attacked by a man in the parking lot.

The female employee went out to the parking lot for help after being attacked inside the store. A man towing his jet-ski witnessed the incident, and made the choice to get involved.

He grabbed his firearm from his center console and quickly stopped the attacker, and held him at gunpoint until police arrived.

Everything was done in a pretty great fashion, except for maybe the last part. When police arrived, the armed citizen handed off his firearm to another bystander so that he could place it on the ground when the officer approached.

The most important thing; he didn’t know this bystander. A better option would have been to reholster the firearm, but he was not wearing a holster.

It all worked out, thankfully. Watch the video for the entire run-down.