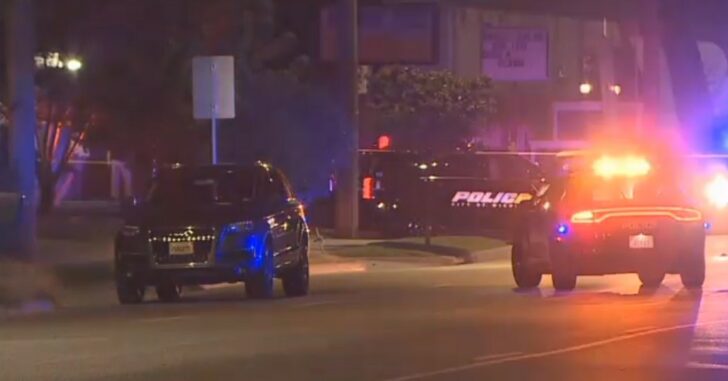 WICHITA, KANSAS — A 39-year-old armed citizen found himself in an unexpected confrontation while driving Wednesday night around 9 pm. His reaction was to defend himself, and that’s exactly what he did.

Officers were called at around 9 p.m. Wednesday to the report of a shooting in the 2600 block of North Amidon. They arrived to find 23-year-old José DeLeon dead in the street.

Lt. Todd Ojile said DeLeon and his 18-year-old stepbrother were leaving an apartment complex in a car and DeLeon nearly struck a pickup that was heading south on Amidon.

“As the truck passed, the vehicle with the 23-year-old male and the 18-year-old male pulled out behind it, sped up, got in front of it and blocked it in the middle of the street,” Ojile said.

DeLeon then got out of the vehicle and approached the truck and demanded money from the driver. The driver refused, and that’s when the 23-year-old came up to the truck with a golf club and began smashing out the back window.

That’s when the driver of the truck produced a firearm and shot DeLeon.

Police interviewed the driver, and then he was free to go. They do not expect any charges to be filed.

This incident marks a clear-cut case of self-defense, and shows us yet again how quickly a bad situation can turn worse. Should the driver have simply complied with the criminals and handed over his items during the robbery? Each person you ask will give you varying responses, but sometimes you just don’t want to be a victim.

Maybe the driver didn’t take them too seriously at first, but when the golf club began smashing the window, the game was changed considerably.

In the end, this teen and 23-year-old made poor life decisions, and one of them lost their life as a result of playing stupid games.