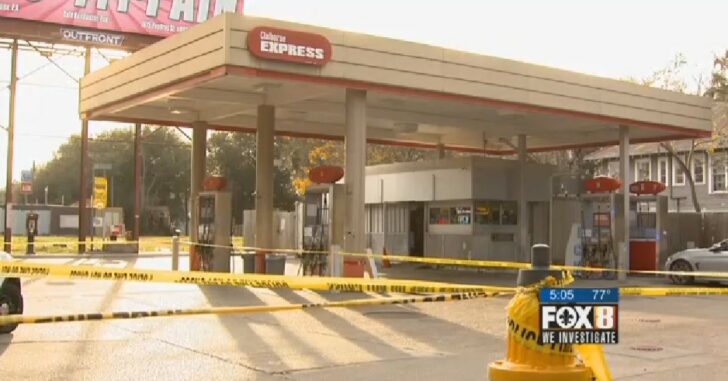 On the afternoon of 31 January, 2016, some ten ATVs were getting gas at the intersection of Claiborne and Esplanade Avenues in New Orleans, Louisiana. Richard Macklin pulled up in a white Volvo. Police said Macklin became upset; the ATV riders were blocking the gas pumps. He pulled out a firearm and opened fire, sending more than a dozen rounds into the crowd. Three were wounded. One of the wounded was armed . . .

He drew his legally carried weapon and fired at Macklin, hitting him in the head and stopping the attack. During the initial investigation, officers concluded that the person who fired back did so in legitimate defense of self and others.From  nola.gov/nopd:

At this time, detectives believe it was an act of self-defense. He was also carrying a legal weapon, that was registered to him and that he had a concealed carry permit to carry.

While the disarmsists will see this incident and bemoan the “easy availability of guns,” it’s another example of a legal gun carrier stopping a mass shooting, which the disarmists claim never happens. Even when it does.

©2016 by Dean Weingarten: Permission to share is granted when this notice and link are included. Link to Gun Watch