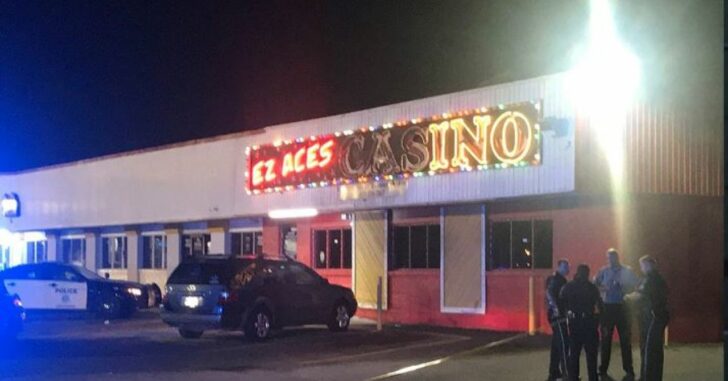 LAKE CHARLES, LOUISIANA — A man was inside a casino, presumably minding his own business, when he was brutally attacked by two suspects looking to rob him.

Police were called to the scene and found one wounded suspect, and the other deceased.

Upon arrival, it was discovered that two people had been shot; one fatally, according to Lieutenant Jeffrey Keenum, spokesperson for the Lake Charles Police Dept.

Police say the two suspects were in the process of brutally attacking the victim within the casino when the victim was able to shoot them.

The condition of the victim is unknown. Police say the shooting was in self defense.

With a small casino like this, I’m not sure what security looks like. I’d be inclined to think that they have someone there who serves as security, but it would seem that no one was there to help initially.

That means the victim was wise to carry a firearm, because had he not, this brutal attack could have turned into a murder.

The jackpot he won; his life.

Previous article: Traveling This Week Left Me Disappointed With South Carolina And Concealed Carry Next article: Someone I Know Is The First Charged Under New York's New Red Flag Laws