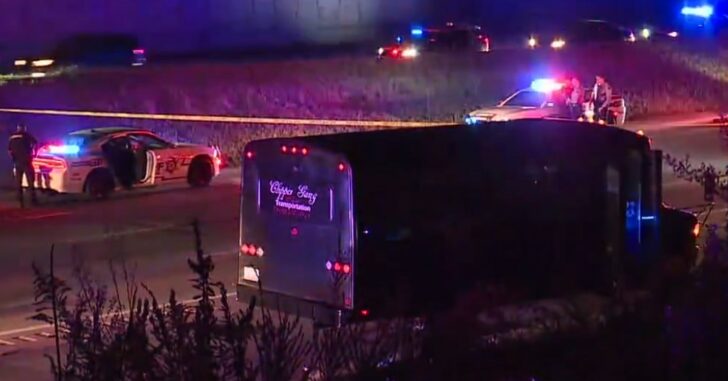 GREENSBORO, NORTH CAROLINA — Three young children were left fatherless following a shooting aboard a rented “Party Bus” shortly before 9:00 pm Friday night. The bus, operated by Clipper Gang Elite Transportation of Durham, was traveling on the Interstate near Greensboro at the time of the incident. Other motorist called 911 to report the bus swerving erratically.

It is believed that Willie Johnston, the owner of the rental company, was driving at the time. After getting the bus stopped, he ran from it and called 911 and reported that one of the passengers started shooting.

The suspect was hospitalized in stable condition and is the person who rented the bus, according to the owner. It is believed that 10-12 shots were fired. It is not known what led to the incident, or if the suspect was the only person who was armed and discharged his firearm. What is known is that the resulting chaos aboard the bus endangered the lives of dozens of motorists who shared the highway with it at the time, and of course the others on the bus.