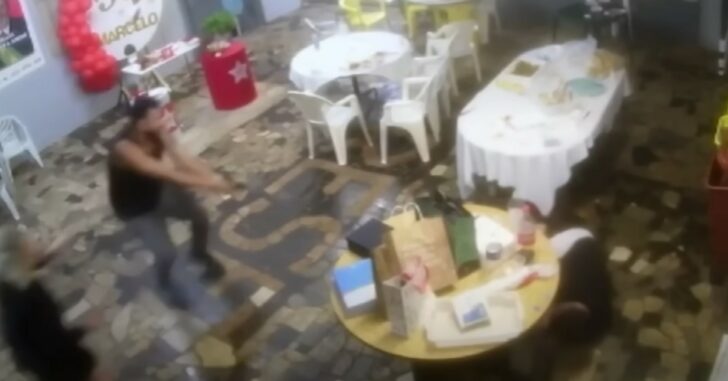 A heated argument about politics is what led to a fatal shooting in Brazil, and it happened among two people who knew each other, during a birthday party.

The incident is being widely discussed in Brazil, and shows a man going to a birthday party to confront another man about his pollical views. When the man who arrives pulls out a gun, things get serious in a hurry and the man defending himself has a gun of his own.

Shots are fired from both sides, and both sides make hits on their target.

The victim in this case did not survive, and the suspect somehow pulled through, and you’ll be just as amazed as we are after watching the video.

One of the biggest takeaways from this terrible incident is to offer first aid to the fallen victim, instead of taking out aggression on the suspect, or instead of doing anything else for that matter.

The suspect is currently behind bars and is facing murder charges.